With the BS 6 update, the Honda WR-V facelift's fuel efficiency figures will take a minor hit.Honda started pre-bookings of the WR-V facelift sometime back. The booking amount has been kept at ₹11,000.
By : HT Auto Desk
| Updated on: 24 May 2020, 09:47 PM 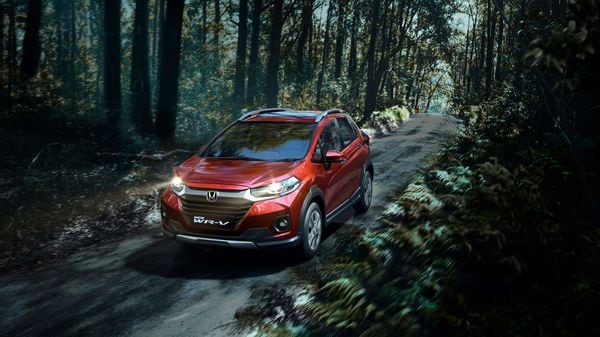 The facelifted WR-V from Honda.

Honda is slated to introduce the updated WR-V facelift in the Indian market soon. Now its fuel-efficiency figures have leaked online ahead of imminent launch.

With the mid-cycle update, the Honda WR-V will continue with the same 90 PS, 1.2-litre petrol and 100 PS, 1.5-litre diesel engines. The car will also carry forward the same 5-speed manual gearbox.

(Also Read: Previous-generation Honda City not to be discontinued)

The most significant change will be the adaptation of stringent BS 6 emission standards. With this update, the ARAI tested fuel-efficiency figures will be dropped slightly on both the engines. While previously the petrol engine was rated to deliver 17.5 kmpl, it efficiency will drop by 1 kmpl, it will return 16.5 kmpl, the diesel's will be dropped by 1.8 kmpl, it will return 23.7 kmpl.

The company has already started pre-bookings of the WR-V facelift quite sometime back. The booking amount has been kept at ₹11,000.

The Honda WR-V doesn't have a direct cross-hatch of its size/price bracket in the Indian market. Some of the cars which go up against the WR-V include the Maruti Vitara Brezza, Hyundai Venue, Tata Nexon, and the Ford EcoSport.

Honda is also gearing up to drive in the new Jazz BS 6 as well as the new-gen City sedan. Expect both the models to be launched as soon the lockdown is lifted and the market stabilizes in the next few weeks. Interestingly, Honda doesn't plan to discontinue the previous-gen City with the launch of next-gen model. The previous-gen model will be placed in a slightly lower segment against the all-new City.