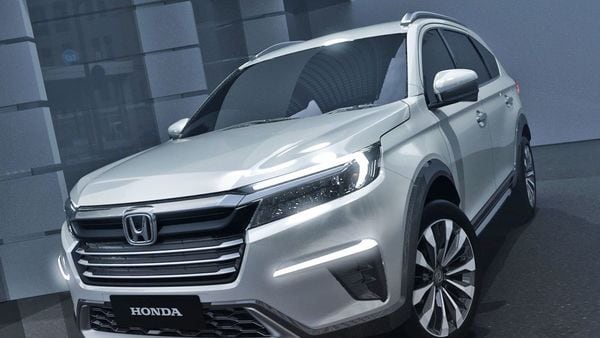 Honda has introduced a new 7-seater SUV concept in the form of the Honda N7X Concept SUV. This concept SUV will be Honda's newest 7-seater SUV for the South Asian markets.

The N7X concept is rumoured to be the successor to the Honda BR-V, which the carmaker used to offer in several markets including India. "Currently this concept car does not refer to a particular model. At this time we are not talking about this concept whether to the Mobilio, BR-V or other models. This time we are only a world premiere concept car," said Yusak Billy, Business Innovation and Sales & Marketing Director of PT Honda Prospect Motor.

With compact three-row seven-seater SUVs being the new segment cultured by carmakers here, Honda may consider bringing the N7X SUV to India too. Honda currently does not have any vehicles in this category. It offers the WR-V SUV as its only SUV offering in the country. If Honda decides to bring in N7X SUV to India, will rival the likes of Hyundai Alcazar, Tata Safari among others.

Introduced in Indonesia, the N7X Concept is the result of several studies done by Honda; where the virtues of minivans and SUVs are mixed, including the capacity for seven passengers. Its exterior design follows the lines already shown by other models of the brand, such as the City HB or the new HR-V.

The concept features LED headlights and stops , underbody guards, and a design that features straight lines. There are also large windows and wide doors , in order to improve lighting and access to the cabin. At the rear, this N7X features thinner and sharper headlights as well as LED graphics that look like a Honda City sedan. The tailgate doors also look simpler and neater-no more reflector bars connecting the two lights as well as a flatter surface, while the plate number housing still remains underneath.

There are no photos of the interior, but according to Honda, comfort and spaciousness were critical to its development.

Honda has not provided any detailed information about the engine and technology that this SUV will use. However, according to reports, the SUV may be powered by a 1.5-litre engine and only front-wheel drive.

"Actually, the N7X is a concept car, which we are unable to provide in more detail about the mass production plan. However, the N7X was developed as a Honda concept car for 7 passengers. And once again because this car is the world premiere in Indonesia and research is being carried out in Indonesia, there is potential. big for this car to be mass produced in Indonesia. We will wait for the next GIIAS we will present an excitement, "said Billy.

GIIAS 2021 itself is planned to be held in August 2021. Possibly, Honda will launch a mass production version of the N7X at the GIIAS 2021 event in August.