General Motors and Honda are planning to jointly develop affordable electric vehicles, including a crossover, using GM's Ultium battery technology. These EVs are set to be launched in the next five years.
By : HT Auto Desk
| Updated on: 06 Apr 2022, 09:46 AM 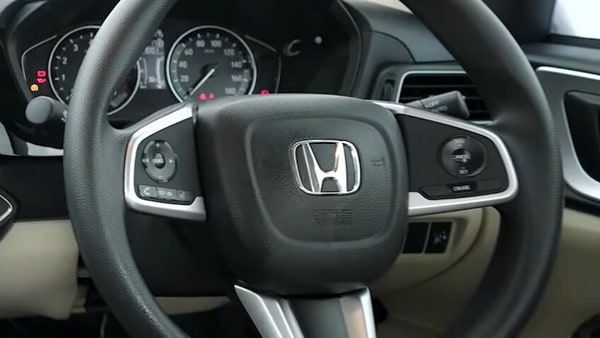 Honda has joined hands with General Motors in US aiming to take on Tesla in the EV segment.

Japanese carmaker Honda and US auto giant General Motors have announced partnership to develop electric vehicles in the future. On Tuesday, the two carmakers announced that they will jointly develop a series of affordable EVs based on a new joint platform. The two carmakers aim to take on Tesla in the EV segment and are expected to launch their first products from 2027.

According to the new collaboration, GM will help build two electric SUVs for Honda starting in 2024. These SUVs are the Honda Prologue and an Acura model. Both these EVs will be using GM's Ultium battery technology. However, the companies did not reveal how much investment will go into this new collaboration.

Honda and GM said the deal is to manufacture affordable EVs, including a compact crossover. According to the two companies, compact crossover is one of the biggest selling body type across the world with annual sales of more than 13 million units.

Mary Barra, CEO at General Motors, said that the pricing of the Chevrolet Equinox electric SUV will come in below the $30,000 price tag. She said the new lower-priced vehicles would be ‘attainable’ EVs. The two companies are eyeing to beat Tesla in terms of sales.

"We have a very important goal... that by mid-decade, by 2025, we'll sell more EVs in the U.S. than anyone else and to do that, you need to have a portfolio of vehicles," Barra said, noting GM plans a wide range of small to large EVs. "We definitely can scale and can do it quickly," Barra said.

Toshihiro Mibe, CEO at Honda, said, "Honda and GM will build on our successful technology collaboration to help achieve a dramatic expansion in the sales of electric vehicles."

The deal also aims to help GM achieve carbon neutrality by 2040 and eliminate tailpipe emissions from light-duty vehicles in the United States by 2035. Honda aims to reach carbon neutrality on a global basis by 2050. The Japanese carmaker owns a stake in GM's Cruise self-driving car subsidiary and the carmakers are co-developing the Cruise Origin autonomous EV. The companies also have a joint venture to develop and produce hydrogen fuel-cell systems at a plant in Brownstown, Michigan.