General Motors Hummer electric SUV and pickup truck is likely to take on Jeep Wrangler and Ford Bronco as extreme off roader.
By : HT Auto Desk
| Updated on: 30 Jul 2020, 05:24 PM 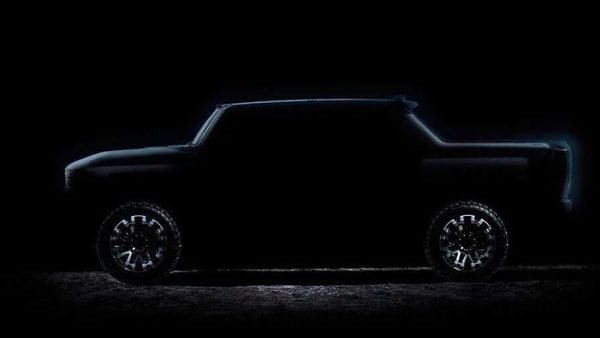 General Motors released a video teaser showing the profiles of two new Hummer models. Unlike the products of the past, the Hummer will return in electric avatar, built on a new BT1 platform. Though GM has not announced the official dates, yet, it is likely that the new Hummer electric pickup and SUV will be launched later this year.

The video reveals an SUV with an external spare tire and a pickup truck, which is said to be the Sport Utility Truck.

GM revealed that the two products will have 1,014 horsepower and a towing capacity of 5,216 kg. In addition, both will do 0 to 96 km / h in 3 seconds. Using lithium batteries of the Ultium generation.

The two models from GMC Hummer will have the option of retractable roof to leave the environment in the open air, as well as movable and integrated panels to the body. They will also have the new generation of the semi-autonomous driving system SuperCruise, as well as the SuperFast fast recharge.

They will also have a set of Ultra Vision cameras. In addition, GMC Hummer models will be presented later this year, but production will only take place in 2021.

General Motors Hummer electric SUV and pickup truck is likely to take on Jeep Wrangler and Ford Bronco as extreme off roader.

In the video, GM also reveals how the development of the two vehicles is going, which will be produced in Detroit-Hamtramck. Among the parts shown, we can see the machining of the electric motors, as well as the manufacture of the Ultium battery and modeling of the vehicle's body, which will have very expressive and bulky lines like the old ones.

The front has already been shown and will employ cold vertical chrome with the letters that make up the Hummer's name, as well as full LED headlights and pronounced lower grille. Hood and others will have well-creased creases.

Once the bread and butter in terms of mobility for the rich and famous, the Hummer's fall was as dramatic as its rise and because it was a fuel guzzler, it died a rather painful death. An electric battery transplant, however, may just be what is needed to bring it back to life and GM has been dropping hints about the upcoming vehicle from time to time.