Ford has revealed improved performance details of Mustang Mach-E just ahead of opening bookings for its US customers.
By : Sabyasachi Dasgupta
| Updated on: 02 Jul 2020, 11:40 AM 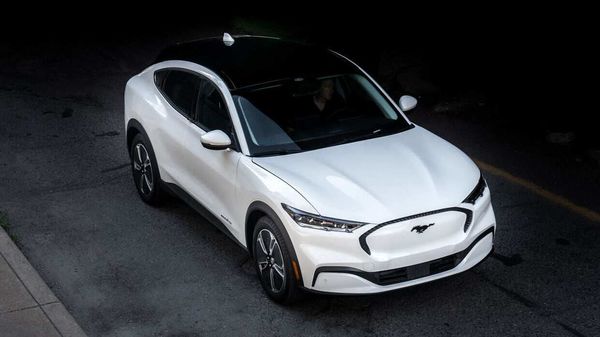 Ford has revealed improved performance details of Mustang Mach-E just ahead of opening bookings for its US customers.

Ford has opened bookings for the upcoming 2021 Mustang Mach-E for its US customers. Before that the carmaker also revealed full details about the electric vehicle.

Confirming some of the recent leaks about the EV, Ford has revealed that the new Mustang Mach-E will feature improved power and torque than initially expected. The electric SUV will be available in five trim options, apart from the first edition which witnessed huge traction.

“We remain dedicated to delivering on the promise of the Mustang name," said Ron Heiser, Mustang Mach-E chief program engineer. “These better-than-estimated performance figures show that our team is squeezing every last bit of performance out of this vehicle so that it not only delivers Mustang style but Mustang soul as well."

The first edition of the Mustang Mach-E was a sell-out when the carmaker unveiled the electric Mustang crossover on November 17, and began taking reservations with a refundable deposit of $500.

Ford recently introduced an Over The Air (OTA) upgrade to predict how much range drivers have left, becoming more precise over time.

The Mustang is Ford’s signature sports car, having sold more than 10 million units since it debuted in 1964 with simultaneous cover stories in Time and Newsweek. When Ford decided to abandon the traditional passenger-car business last year, it spared only one model: The Mustang.