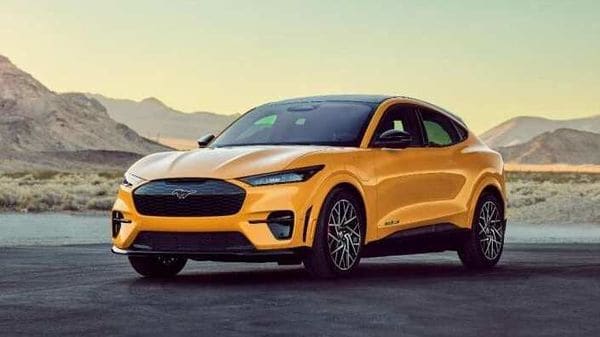 Ford has upgraded the Mustang Mach-E with a performance edition.

Ford Motor has come up with an upgraded version of its popular Mustang pony car. The electric version of the car now gets a Performance Edition added to the portfolio, which promises to be both more powerful and quicker.

“We already pushed the envelope by creating an electric vehicle with the pony badge, so it’s only natural that we push it even further," said Darren Palmer, global director, battery electric vehicles, Ford Motor Company. “Mustang Mach-E GT Performance Edition not only gives you the added performance you expect from the GT name, but accentuates the thrill with the responsiveness of an all-electric powertrain."

(Also read: Ford Mustang Mach-E to have range of up to 300 miles)

Besides the performance upgrades, there are several other changes to the new edition of the Mustang Mach-E. It now features 19-inch front brakes with red-painted Brembo calipers as well as 20-inch machined-face Ebony Black-painted pockets paired with 245/45R20 Pirelli summer tyres and MagneRide damping that helps to improve handling performance.

The front seats are Ford Performance-sculpted with Performance Gray ActiveX material featuring metallic stitching and unique Miko perforated reflective inserts. The instrument panel is enhanced by a unique aluminium applique, while the rear of the vehicle sports a Performance Edition GT badge.

Mustang Mach-E GT and GT Performance Edition are expected to be available to customers in the second half of 2021.