Ford believes Edge is a key part of its product lineup but may stop short of coming out with the next-generation version of the vehicle. This could possibly mean curtains for an assembly plant in Canada which puts out the crossover SUV.
By : Bloomberg
| Updated on: 16 Jun 2020, 08:38 AM 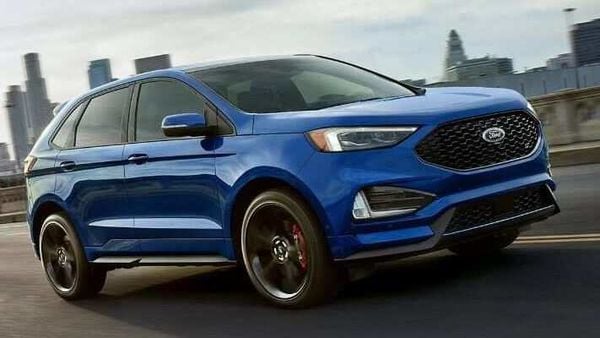 Ford Motor Co. is scrapping plans to make a next-generation Edge SUV, putting a Canadian assembly plant that produces the crossover at risk of closure, according to industry forecaster AutoForecast Solutions.

The assembly plant in Oakville, Ontario, used to make the Ford Flex and Lincoln MKT, and currently makes only two models: the Lincoln Nautilus and Ford Edge. The Flex and MKT were canceled last year, and Nautilus production is scheduled to move to China after 2023, said Sam Fiorani, vice president at AutoForecast Solutions in Chester Springs, Pennsylvania. The demise of the Edge, which debuted in 2006 and received a facelift in 2019, would leave the plant with no new product to anchor it, Fiorani said, citing industry sources.

“We could see the Edge continuing production a little longer under the current generation, but at some point it’s going to have to be replaced or the plant closed," he said.

Ford said the Edge remains a critical part of its lineup. “We have no plans to exit the segment," spokesman Mike Levine said in an email. He did not comment on where the vehicle will be produced.

Ford reached a four-year labor deal with unionized workers at its two Canadian plants in 2016.