Ford expects an adjusted loss of about $600 million before interest and taxes, according to a statement released Monday, two weeks before its scheduled first-quarter earnings release.
By : Bloomberg
| Updated on: 14 Apr 2020, 08:15 AM 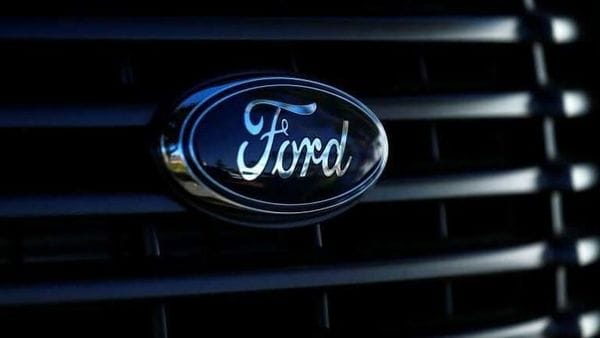 FILE PHOTO: The front grill logo of a Ford pickup truck is seen in this photo taken in Carlsbad, California November 5, 2014 REUTERS/Mike Blake

Ford Motor Co. is considering additional financing actions as a global pandemic heaps more pressure onto earnings that were already slumping before the coronavirus forced plant and showroom closures around the globe.

The carmaker expects an adjusted loss of about $600 million before interest and taxes, according to a statement released Monday, two weeks before its scheduled first-quarter earnings release. The $34 billion revenue Ford anticipates for the period would be down about 16% from a year ago.

While Ford had about $30 billion in cash on its balance sheet as of April 9, the automaker may stockpile even more to help weather months of uncertainty over when it can resume manufacturing and selling vehicles. Chief Executive Officer Jim Hackett already suspended the dividend and drew $15.4 billion from two credit lines.

“We continue to opportunistically assess all funding options to further strengthen our balance sheet and increase liquidity to optimize our financial flexibility," Tim Stone, Ford’s chief financial officer, said in the statement. “We also are identifying additional operating actions to enhance our cash position."

Ford’s comments that it had about $30 billion of cash as of April 9 suggests the company has used about $8 billion since year-end, a level that’s likely to grow in the near term, eroding its liquidity. Potential signs of thawing in the asset-backed securities (ABS) market is a key focus, as this would support the credit unit’s funding capabilities.

Ford said it believes it has sufficient cash now to last through at least the third quarter, even if it doesn’t resume production or take additional financing actions. The automaker’s shares fell as much as 6.1% to $5.04 in intraday trading.

The carmaker is building up its cash pile at a less opportune time than it did before the last global financial crisis. In 2006, before the mortgage market collapsed and lending dried up, Ford lined up $23 billion in loans that allowed it to avoid the bankruptcies and bailouts that befell its crosstown rivals General Motors and Chrysler. As collateral to obtain the loans, the automaker put up all its assets, including the Ford brand name.