Ford is pushing back plans of launching plug-in Escape SUV after its Kuga model in Europe has had fire-related concerns.
By :
| Updated on: 14 Oct 2020, 07:35 AM 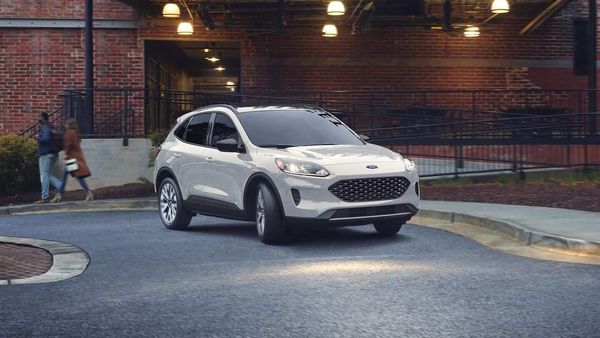 Ford Motor Co. is delaying the launch of its plug-in hybrid Escape sport-utility vehicle to 2021 after thousands of similar SUVs in Europe were recalled for problems involving fires while recharging.

The Escape plug-in hybrid originally was scheduled to go into production this past spring but Ford changed it to summer after the coronavirus pandemic shut factories for two months. Now Ford is pushing it into 2021 as it reviews issues with the European-market Kuga model, which shares parts with the Escape plug-in -- including the battery and engine.

“We’re moving production to next year while we investigate what happened to the Kuga in Europe," said Mike Levine, a company spokesman. “None have been sold in the US."

(Also read: Ford Motor shares on a high. Here's why)

Ford’s Louisville, Kentucky, plant began building a redesigned version late last year. The factory has been turning out conventional gasoline-powered models as well as hybrids that don’t plug in.

The delay in the plug-in Escape’s debut comes amid soft US demand for the small SUV. US sales plunged almost 23% in the third quarter and are down 32% this year.

“We have some availability problems" with low inventory on certain models, Mark LaNeve, Ford’s US marketing chief, said in an Oct. 2 interview. “We’re managing those vehicles for long-term health from a residual-value standpoint and not highly discounting them compared to the previous generation."

(Also read: Why Ford is

Ford of Europe is working to fix a problem with its Kuga plug-in related to venting heat from the batteries, Jay Ward, another company spokesman, said Tuesday. There have been seven vehicle fires in Europe, triggering the recall of 20,500 Kuga models sold there, spotlighting an issue that could take months to resolve, Ward said.

Plug-in hybrids are a key part of Ford’s strategy to spend $11.5 billion to electrify its lineup as it transitions to battery-powered vehicles. The automaker is scheduled begin building its electric Mustang Mach-E in Mexico later this year.

Ford is allowing European customers to continue driving their plug-in Kugas but has instructed them not to plug their cars into a charger, Ward said. The vehicles can operate in conventional hybrid mode without charging. The company extended vehicle warranties and issued 500-euro gasoline cards to reimburse customers for a loss in fuel economy, Ward said.

The recall could cause Ford to fall short of European emission regulations limiting carbon-dioxide output from its vehicles, Matthias Schmidt, an automotive analyst and publisher of the European Electric Car Report, wrote in a tweet Tuesday.

“We are committed to meeting our C02 obligations this year and in future years, as we always have," Ward said.