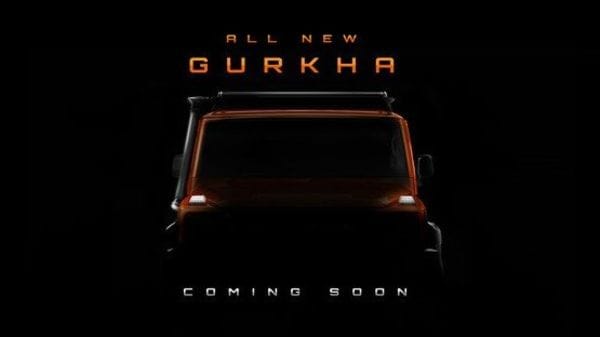 Force Motors has teased the upcoming Gurkha off-road SUV ahead of its launch, possibly ahead of the festive season. (Photo courtesy: Facebook/@ForceGurkha4x4)

Force Motors is all set to launch its iconic off-road SUV Gurkha in a new avatar soon. The carmaker has teased the all-new Gurkha 4X4 on social media platforms to announce its imminent launch.

The confirmation of the launch of 2021 Force Gurkha comes ahead of the festive season. The launch may officially happen next month. Earlier, the carmaker had confirmed that the Gurkha SUV will be launched in the third quarter this year, which means any time between July and September. However, the carmaker has not revealed the official date yet.

2021 Force Gurkha was showcased for the first time during the Auto Expo in Greater Noida last year. Gurkha 4X4 is essentially an off-roader and will take on rivals like Mahindra Thar in the niche segment.

Force Motors is likely to offer the all-new Gurkha in three-door and five-door versions. 2021 Gurkha will see several design upgrades like a new set of headlights with LED DRLs, new-look grille and front bumper, a snorkel, turn indicators placed over front fenders, redesigned taillights, newly designed wheels and a tailgate-mounted spare wheel. The model showcased at the Auto Expo looked as rugged as ever. It remains to be seen how much of it will continue to be in the production version.

On the inside, the new generation Force Gurkha is likely to get captain seats for the second row and side-facing jump seats at the rear. The cabin is likely to get an all-black dashboard, a new touchscreen system, circular air vents with black surrounds and a three-spoke steering wheel. An A-pillar mounted grab rail, square-shaped and glove-box are among some of the other features expected in the new Force Gurkha.

2021 Force Gurkha is likely to get a BS 6-compliant 2.6-litre diesel engine under its hood, which is expected to be mated to a 5-speed gearbox. The engine has the capacity to produce maximum output of 89 bhp and 260 Nm of peak torque. It will get an all-wheel-drive system to excite the adventure enthusiasts. One of the key highlights of the SUV includes its independent front suspension and a rigid axle at the rear.