Home Auto Cars News For The Love Of Subsidies: Tesla Slashes Price Of China Made Model 3 By 10%

For the love of subsidies: Tesla slashes price of China-made Model 3 by 10%

Government rebates have been a key factor in helping keeping prices of EVs in check - a win-win for both manufacturers as well as buyers.China recently said rebates would only be offered on EVs which cost less than 300,000 yuan. Base variant of Model 3 was at 323,800 yuan, hence the price cut.
By : Shubhodeep Chakravarty
| Updated on: 01 May 2020, 08:58 AM 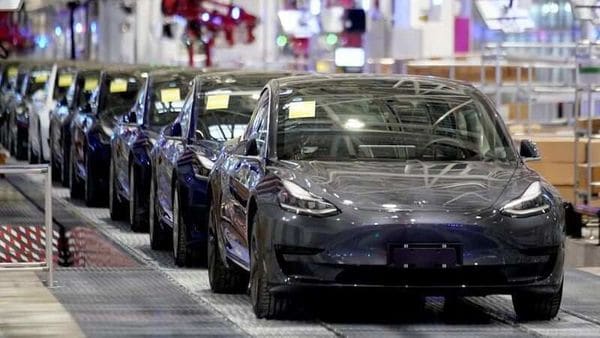 FILE PHOTO: Tesla China-made Model 3 vehicles are seen during a delivery event at its factory in Shanghai.

China's recent-move to offer subsidies to only passenger cars which cost less than 300,000 yuan has prompted Tesla to reduce prices of its locally-made Model 3 car by 10% in a bid to ensure it remains eligible. The Model 3 is the most affordable offering from the American EV maker which is also manufactured at the company's Shanghai plant, its first such facility outside of the US.

China had already announced in 2015 that it would end subsidies on electric vehicles in 2020 but owing to several factors, the biggest being the drastic drop in demand owing to the Covid-19 outbreak, opted to continue with the subsidies for EVs under 300,000 yuan. Tesla has previously benefited from the subsidies but at 323,800 yuan for the base variant, the Model 3 became ineligible for the same. The company, therefore, decided to slash prices by around 10% which has brought down the price tag of the base variant of the car to 271,550 yuan.

Government rebates have been a key factor in helping keeping prices of EVs in check - a win-win for both manufacturers as well as buyers. The high levels of pollution in several Chinese cities prompted a shift towards electric mobility and the country now is the world's largest market for EVs. While there are a number of local players, Tesla has been able to create a massive fan following, something that only strengthened further with the $2 billion plant in Shanghai. It also makes practical sense to manufacture here because, as per Tesla Chief Financial Officer Zachary Kirkhorn, it is less expensive to manufacture a Model 3 in China than it is in the US. As such, the company has the leeway of adjusting prices.

Beating estimates, Tesla recently posted first-quarter net profit and even if the road ahead appears tough for all car makers, the company may be banking on sales in China to keep it well and truly in the green.