The upcoming Fisker electric car could be a GT. (Twitter/Henrik Fisker)

Fisker CEO Henrik Fisker on Wednesday teased the image of the EV manufacturer's upcoming electric supercar, which was a blink and miss post. Fisker captioned the image as top secret and said that it will be a segment that doesn't exist today. Later he deleted the tweet though.

The teaser image showed the electric supercar during its first aerodynamic and downforce test. He also said that the test result of the vehicle was amazing. 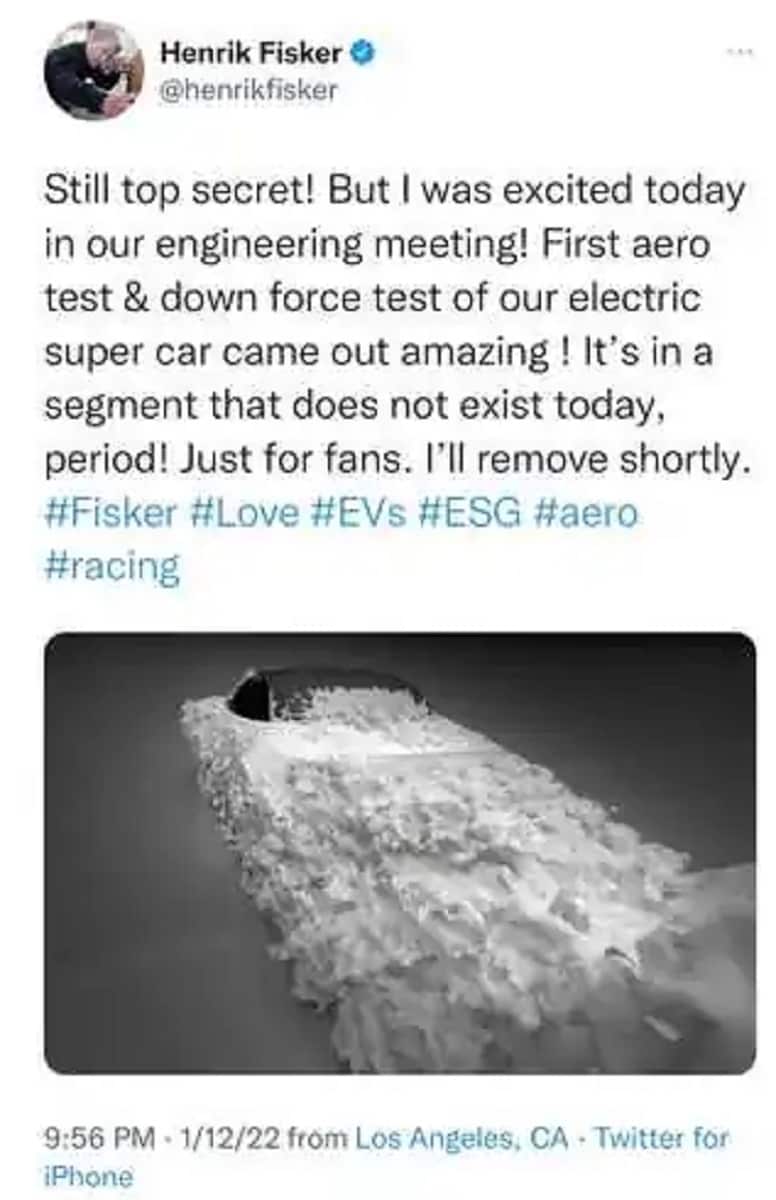 As the image shows, it was the computational fluid dynamics (CFD) testing of the upcoming pure electric supercar. The image reveals a cloud-like texture which shows how air is flowing off the body. The clod-like texture conceals a lot giving us only a glimpse of a small part of the vehicle.

As it appears, the image indicates to a muscle car. The front portion of the car's side appears to be smooth, but the rear fenders stick out from the body. The rear deck appears flat, and there is a red strip of brake lights, visible along the top edge. Another stripe like this is on the lower portion of the trunk lid. The smooth, black roof isn't as angular as the rest of the car. This makes us speculate whether the top might be removable.

However, despite Henrik Fisker's claim, the image doesn't show anything to make us believe that it would be a unique electric vehicle. But, keep in mind that he is well acquainted with creating GTs. Under his leadership, Aston Martin created the DB9 and V8 Vantage. Hence, the upcoming EV could be a grand tourer.

Fisker is currently working on the Ocean crossover that is set to enter production soon. Also, the EV manufacturer has been teasing the Alaska electric pickup truck. Fisker is yet to reveal any unveiling date of the upcoming electric supercar. However, we might see some new details surfacing later this year.