The sport's oldest, most glamorous and successful team have not won a drivers' title since Finnish driver Kimi Raikkonen was champion in 2007.
By : Reuters
| Updated on: 13 Dec 2019, 08:00 AM 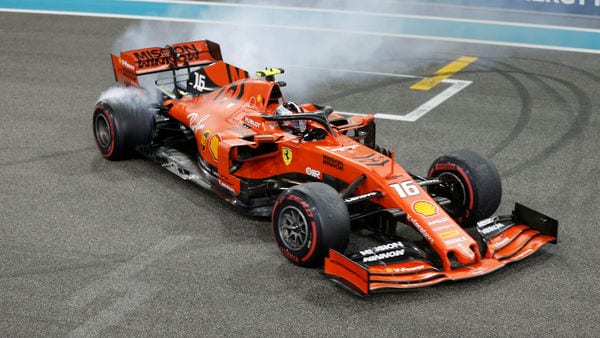 Ferrari will launch their new Formula One car on February 11 next year and expect it to have less outright speed than this year's but be better equipped to take the fight to champions Mercedes after a disappointing 2019.

Team boss Mattia Binotto told reporters at the Maranello factory that Ferrari were aiming to put a lot more aerodynamic downforce on the as-yet unnamed 2020 car.

The sport's oldest, most glamorous and successful team have not won a drivers' title since Finnish driver Kimi Raikkonen was champion in 2007.

"We are not expecting to be as fast on the straight as we have been," said Binotto. "Our car is aiming for more downforce and by consequence, we are certainly working more on drag."

Binotto said the new chassis was going through crash tests while developments continued in the wind tunnel, with a few more sessions to run before finalising the package for initial Barcelona testing in February.

Binotto said there would be "quite significant changes on the engine", with the power unit a source of controversy this year amid speculation Ferrari were bending the rules --allegations they have firmly denied.

Ferrari started 2019 as favourites after setting impressive times in testing but failed to live up to expectations. Binotto called the opening race in Australia "a cold shower".

Mercedes won both titles for an unprecedented sixth year in succession while Lewis Hamilton, who ended the year as a six times world champion, won 11 of 21 races.

Binotto said Ferrari, whose driver lineup will be unchanged, would not start 2020 as favourites.

"So we are the challengers."

Ferrari chief executive Louis Camilleri saw encouraging signs for the future even if the team had not met their ambitions.

"If you look back in the history of Formula One, where teams have done very well...there is one common thread, which was that there was a lot of stability within the team and therefore they learned to work very closely together," he said.

"That is something we are very focused on, Mattia has been spending a lot of time to ensure that we have a cohesive, united team."

Camilleri said Ferrari was prepared to invest in people and infrastructure, with a new simulator under construction. The team would have a bigger budget also to prepare for sweeping rule changes in 2021.