The fierce loyalty that Tesla inspires in customers and retail investors has helped fuel the company’s extraordinary growth in recent years.
By : Bloomberg
| Updated on: 14 Jul 2021, 16:37 PM 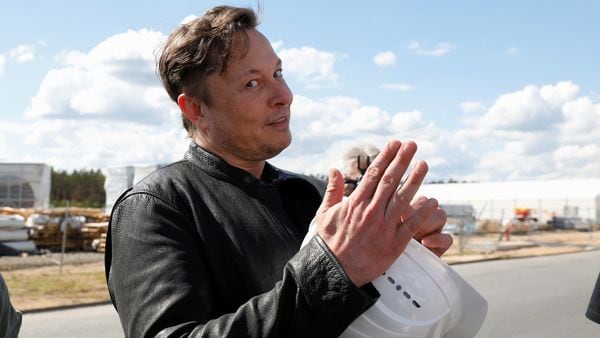 Musk finished about eight hours of testimony Tuesday about the 2016 takeover of SolarCity.

Elon Musk’s appearance on the witness stand in a Delaware trial drew a small number of devotees eager to show their support for the Tesla Inc. chief executive.

Alexandria, Virginia, resident Karl Golovin was in the courtroom both Monday and Tuesday to watch Musk testify in a shareholder lawsuit accusing the CEO of improperly pushing Tesla’s $2 billion acquisition of SolarCity in 2016. Identifying himself as a Tesla shareholder with a Cybertruck on order, Golovin, 64, said he came for the “rare opportunity" to see Musk in person and hear him speak live.

The fierce loyalty Tesla and its CEO inspire in customers and retail investors has helped fuel the company’s extraordinary growth in recent years, giving it a market capitalization of $644 billion and making its founder the world’s second-richest man with net worth of $183 billion.

That loyalty was on display in Delaware, where Kiril Cvetkov, a software developer from Wilmington wearing an “Occupy Mars" T-shirt, initially declined to speak to a reporter because of what he said was Bloomberg’s negative coverage of Tesla. Cvetkov, a Tesla shareholder and Model 3 owner, later texted that after hearing the arguments, he believed the case doesn’t have “any substantial grounds to stand on."

“I agree with Elon that this case is a waste of everyone’s time," Cvetkov said.

Golovin likewise said he thought Musk was being unfairly targeted.

“Elon’s wealth and success make him a target for frivolous litigation," he said.

Musk finished about eight hours of testimony Tuesday about the 2016 takeover of SolarCity, continuing to argue that the purchase was a sound decision and that it wasn’t done to benefit himself instead of shareholders. The first and central witness in the case, he sparred repeatedly with opposing lawyer Randy Baron over the two days on the witness stand, at one point telling him he was “bad human being" and saying his questions were “deceptive."

But his fans had Musk’s back.

Golovin said he thought the shareholders’ case seemed weak and that he supported the SolarCity acquisition. He said he’s considered moving to Texas and buying one of the solar-powered homes that Tesla is planning to build there.