Mercedes-Benz claims that its Drive Pilot is Level 3 autonomous driving technology and it is much advanced than Tesla's Level 2 Autopilot system.
By : HT Auto Desk
| Updated on: 09 Dec 2021, 18:30 PM 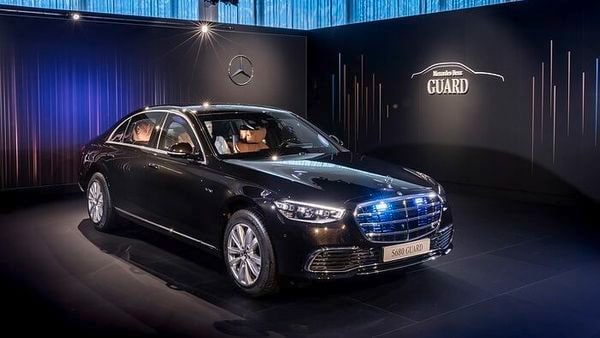 Mercedes S-Class and EQS will get the Drive Pilot package as an option.

When it comes to introducing new automotive technologies, Mercedes-Benz is one of the front runners with innovations and implementation of such new techs. This time, the German luxury car marquee has beaten US-based electric car manufacturer Tesla to win regulatory approval to deploy autonomous driving technology in Germany.

This regulatory approval certainly gives Mercedes-Benz an edge over Tesla to test and launch a hands-free driving system in Germany, one of the most competitive car markets in the world.

Mercedes-Benz on Thursday has said that it received a green signal to sell its Drive Pilot package for use on stretches of Germany's Autobahn network at a speed of 60 kmph. The system was approved for Level 3 autonomous driving technology, one north higher than Tesla's Level 2 Autopilot system, claims Mercedes.

This Level 3 autonomous driving technology will allow the drivers to take their hands off the steering wheel in slow-moving traffic. As Mercedes said in its statement, the Drive Pilot enables the driver to turn away from the traffic and focus on certain secondary activities. The carmaker also says that this technology will allow the drivers to do other tasks like communicate with colleagues via the in-car office, write emails, surf the internet or relax and watch a film, while the car drives itself.

While Mercedes has obtained permission to test this system only in Germany, it is also aiming to get or the same in other countries as well. The Drive Pilot package will be offered as an option in models such as S-Class and EQS from the middle of next year. The luxury car marquee is yet to decide the charge for this technology package. Also, this approval is expected to help the automaker to test and develop the technology further with user experience from around 13,000 kilometres of Germany's high-speed highway network.