Citroen C5 Aircross to become costlier in India from January 2022

Citroen shared that the effective price hike on its C5 Aircross SUV will be up to 3% on the existing ex-showroom prices of the car. This will be the second price hike on Citroen C5 Aircross since the car's launch in India.
By : HT Auto Desk
| Updated on: 07 Dec 2021, 15:14 PM 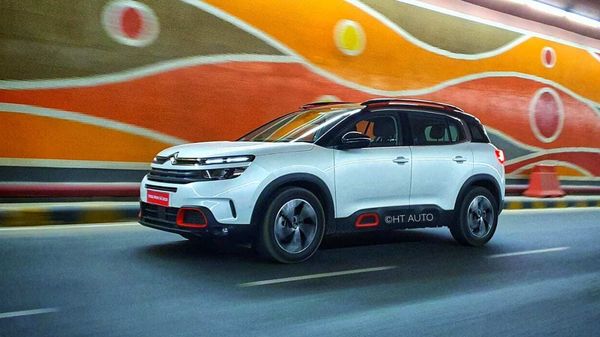 Citroen C5 Aircross is the first car from the French automaker in India.

Citroën India, on Tuesday, announced a new price hike on its one and only offering in the country - the C5 Aircross SUV. The company informed in a recent press release that its C5 Aircross SUV will become costlier in India from January 1st, 2022.

(Also Read: Citroen C5 Aircross will remind drivers to plug in the vehicle in this country)

The French carmaker said that the effective price hike on its C5 Aircross SUV will be up to 3% on the existing ex-showroom prices of the car which is offered in Feel and Shine variants in the country. The company blamed the continued rise in the cost of commodities & Ocean Freight costs for the latest price hike.

This isn't the first price hike announcement on the C5 Aircross SUV as previously only in November, the company increased the price of its car by up to ₹1 lakh.

Manufactured in India at the carmaker's CK Birla plant in Thiruvallur of Tamil Nadu, the Citroen C5 Aircross SUV competes with rivals like the Jeep Compass and Hyundai Tucson, and will also take on the upcoming Volkswagen Tiguan SUV as well.

Meanwhile, Citroen is also all set to introduce its second model in India. The carmaker has announced that it will soon launch the C3 SUV which is likely to compete in the sub-compact SUV segment featuring the likes of Nissan Magnite and Renault Kiger.