Canada to participate in Mexico-US automobile spat as third party

The Trudeau administration’s decision on how to participate in the automotive disagreement is also indicative of his broader approach to Canada’s relationship with the U.S.
By : Bloomberg
| Updated on: 29 Aug 2021, 06:06 PM 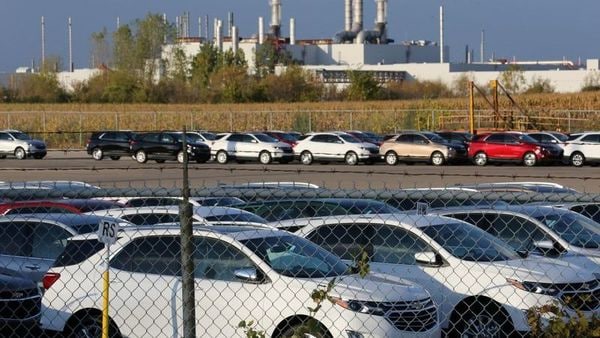 The U.S. position on the rules in the trade deal known as the U.S.-Mexico-Canada Agreement could push automakers to abandon the region due to cumbersome and costly content requirements.

Canada will be an interested third party in discussions between the U.S. and Mexico over rules governing cars traded in North America, avoiding direct confrontation with the Biden administration ahead of elections next month while still showing concern about the U.S. position.

Mexico last week requested formal consultations with the U.S. to settle a disagreement over how to measure regional content for cars to trade duty-free. The U.S. insists on a stricter method than Mexico and Canada believe they agreed to for counting the origin of certain core parts including engines, transmissions and steering systems in the overall calculation, people familiar with the matter said last month.

The U.S. position on the rules in the trade deal known as the U.S.-Mexico-Canada Agreement could push automakers to abandon the region due to cumbersome and costly content requirements, Luz Maria de la Mora, Mexico’s undersecretary of the economy for foreign trade, said in an interview this week.

“We know how important the auto industry is to Canada’s workers and the Canadian economy," Michel Cimpaye, a spokesperson for the government’s global affairs department, said in an emailed response to questions Friday. “Canada has advised the U.S. and Mexico that it intends to join the consultations as a third party. We continue to work with the industry on these and other important issues."

Bloomberg reported last month that Mexico, Canada and automakers were all aligned against the Biden administration on the rules.

Canada’s move “will and should be interpreted" as taking Mexico’s side, said Flavio Volpe, president of Canada’s Automotive Parts Manufacturers’ Association. “Canada understands that the continental automotive sector’s global competitiveness is at risk if the U.S. position carries, and they’re very wise to add their weight to this action," he said.

This is the first time that the Canadian government has publicly commented on the disagreement, with the country in the midst of an election campaign. Prime Minister Justin Trudeau’s administration officially entered caretaker mode this month after he called a snap election for Sept. 20.

The Trudeau administration’s decision on how to participate in the automotive disagreement is also indicative of his broader approach to Canada’s relationship with the U.S., the nation’s most important ally. Trudeau and his government prefer a cautious approach to disputes with the U.S. in an effort to maintain good relations with Canada’s southern neighbour and minimize any damage to the country’s economy.

Despite overall smoother relations with President Joe Biden’s administration than under President Donald Trump, Trudeau has complained to his American counterpart about the U.S. cancellation of a permit for a large pipeline project, as well as a strengthening of the “Buy America" procurement policy.