Bullish on Brezza, Maruti may increase focus in SUV space to play even bigger

Maruti Suzuki Vitara Brezza has been a strong leader in the entry-level SUV space but the mid-size SUV segment has been a weak point.Maruti says it continues to scan the industry and while focus is on improving S-Cross sales, it is also looking at overall product portfolio.
By : Shubhodeep Chakravarty
| Updated on: 02 Jun 2021, 18:26 PM 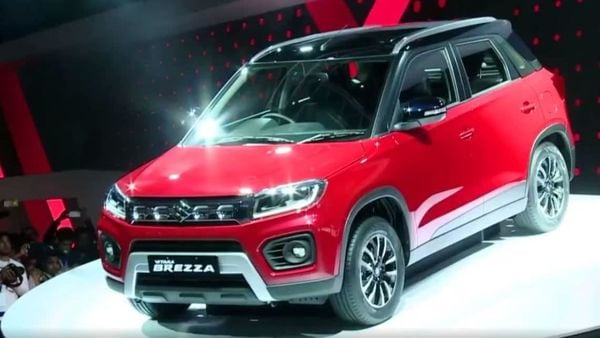 The latest Vitara Brezza from Maruti made the switch from diesel to petrol engine, one key reason why it has continued to succeed despite newer rivals.

Maruti Suzuki, India's largest car maker, has had a strong presence in the entry-level SUV segment for years since Vitara Brezza was first introduced back in 2016. Showcasing Brezza at Auto Expo 2016 when there weren't many rivals to directly compete against may have helped enormously but despite a mile-long list of competitors in the ensuring years, the vehicle has managed to hold its own. But the rousing success of Brezza hasn't really permeated to the mid-size SUV space for Maruti and its S-Cross has largely received average response. In times to come, the mid-size SUV space could be the one to focus on for the carmaker.

The spike in demand for SUVs in the Indian market has been prolific and continues to climb. This may be one of the several reasons why Brezza remains a hot favourite and over six lakh units of the car have been sold in the past five years. Regular updates, timely shift from diesel to petrol engine and Maruti's brand value in the mass-market space have helped. It may also be why despite emergence of newer rivals, some with very compelling highlights, Brezza continues to rule its segment. "Entry SUVs started growing when Brezza came in 2016. It was almost 2 to 3% that time and today, it stands at 16%," Shashank Srivastava, Executive Director at MSIL, tells HT Auto. "Brezza has been performing so well in the entry level category because it has a 1.5 litre engine compared to its competitors. Also it has got the MS advantages of a large network and great maintenance."

But these are factors that ought to have helped the S-Cross too. Srivastava agrees the sales volumes don't reflect it. "Our S-Cross volumes are less than what we would like it to be. (So) We need to focus on the SUV segment, where Brezza at entry level is doing quite well, and it is the mid SUV that is not performing quite well. We need to increase the sale of S-Cross and second, we need to look at our overall portfolio of products."

While not willing to delve into the details, Srivastava highlights that Maruti has a solid understanding of market shifts and buyer requirements. "We constantly scan the industry to look out for white and blue areas (segments). White means where there is nobody and the product can grow. Swift is an example," he elaborates. "The blue areas are where others are partially present and then there are red spots which are large but Maruti Suzuki may not be large."

And it is in the red spots or segment that the energies could be energized.

So even as the Brezza continues to fend off newer rivals with vigour, translating the same vigour onto S-Cross while also continuing to scan the market is likely to remain the SUV strategy for Maruti Suzuki in the times to come.