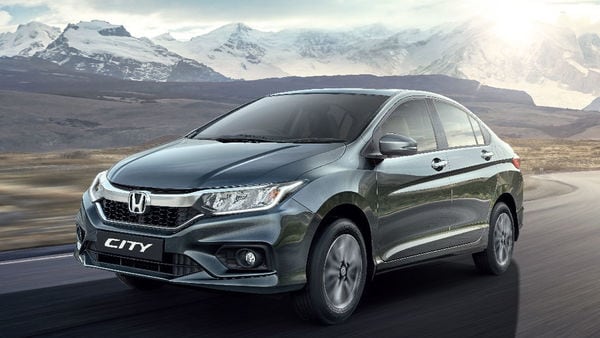 Honda on Tuesday announced the launch of BS 6-complaint City sedan in the petrol version - both manual as well as automatic, and said that the upgraded diesel variant would also be launched in the near future.

Honda City becomes the first in the mid-size sedan segment to launch a BS-6 complaint engine. The new emission norms kick in from April 1 of 2020 and all new cars being sold in the country will have to meet with these.

The petrol version of the City has been the bread and butter of Honda in India and upgrading it to BS 6 norms could add much-needed impetus to sales figures even though the company has plans of bringing in the 2020 version of the City in the months to come. This has already been launched in Thailand with an optional turbo petrol variant to choose from.

The Honda City in India, however, now also comes with an upgraded infotainment system - Digipad 2.0 - in the V, VX and ZX variants. The 17.7 cm AV and navigation system comes with smartphone connectivity through Apple CarPlay and Android Auto. "Honda is committed to bring its latest and advanced environment friendly technologies to the Indian market in line with the policy framework of Government of India," said Rajesh Goel, Sr. Vice President & Director, Marketing and Sales, Honda Cars India. "The launch of BS-6 Honda City will be followed by sequential introduction of BS-6 versions of other models in our line-up."

The company has been selling BS-6 compliant Honda CR-V Petrol and Honda Civic Petrol since their launch in October of 2018 and March of 2019, respectively. The City becomes the third BS 6-compliant model and now starts at ₹9.91 lakh (ex showroom) for the V MT petrol, going up to ₹14.31 lakh (ex showroom) for the ZX CVT petrol. The price difference ranges between ₹9,000 and ₹15,000 (approximately, variant to variant).