Brezza scores 5 lakh in 4 years: Why Maruti Suzuki's SUV has its game right

Vitara Brezza's lightening sales has largely been due to the Indian car buyer's preference to the SUV form factor, among other reasons.With the petrol Brezza round the corner, Maruti Suzuki can expect another burst in sales for the car.
By : Shubhodeep Chakravarty
| Updated on: 14 Jan 2020, 09:02 AM 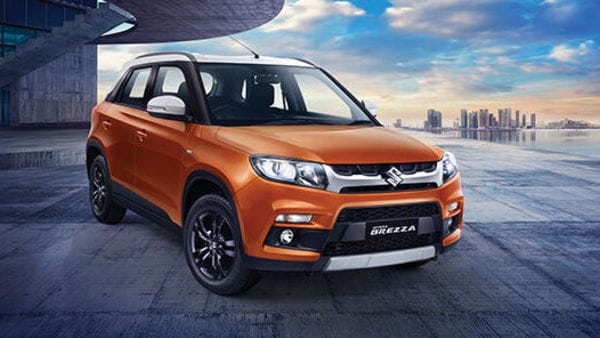 When the Vitara Brezza was first showcased at the Auto Expo back in 2016, it managed to create a massive buzz in the Indian auto industry. With sporty looks in an appealing form factor, the Brezza was quite the instant hit. In the four years since - 47 months to be precise, the company has sold 5 lakh units of the vehicle despite the fact that it is so far only available in diesel variant.

Brezza's lightening sales has largely been due to the Indian car buyer's preference to the SUV form factor, among other reasons. Coming in at under ₹10 lakh price bracket made it quite the capable challenger to Ford's EcoSport. "Offering a complete package of class leading features, stylish design, and outstanding fuel efficiency, the most awarded compact SUV, Vitara Brezza gained immense popularity within months of its launch," said Shashank Srivastava, Executive Director, Marketing and Sales, at Maruti Suzuki. "The 5 lakh unit sales in just 47 months is testimony of the customer’s increasing preference for stylish and feature packed compact SUV."

Brezza, since its launch, has cemented a place in the top-10 selling passenger vehicles in the country. Many, however, agree that the car could have seen even more success if there was an option other than the 1.3-litre diesel engine. The preference for diesel has been fading the world over and India is no exception. And while Maruti Suzuki did well to bring in the AGS transmission to the Brezza, the petrol option has been eagerly awaited. That wait is all set to end in the coming months as the face lift Brezza is around the corner and will offer BS 6-compliant petrol motor.

It is expected that the new Brezza will get a 1.5-litre petrol engine with 105 hp power and transmission figures of 138 Nm. Maruti Suzuki is also expected to add to the feature list inside the Brezza to make it more contemporary and appealing.