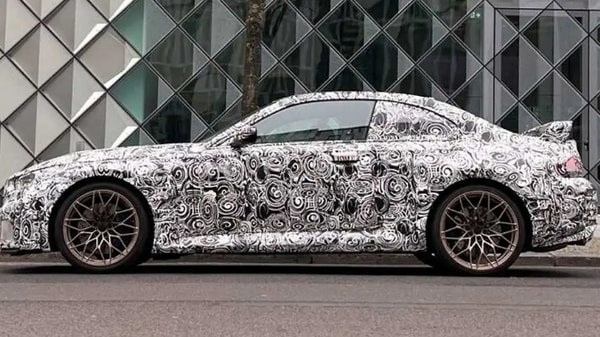 BMW M2 gets a long front overhang and a rear spoiler on the trunk lid. (Image: Instagram/bmwm)

The new BMW M2is going to be the last-ever car from the German luxury car brand's performance-focused M division to get a pure internal combustion engine, confirmed BMW M division's CEO Frank van Meel. He also said that all the future cars with an M badge will come as electrified models including pure electric and hybrid ones. BMW M division has already started electrifying its cars, with XM being the first model. The confirmation comes at a time when BMW is aiming to electrify its products extensively.

Speaking with Bimmer Today, Meel said that the new BMW M2 with an in-line six-cylinder engine and rear-wheel drive will arrive as a puristic driving machine. "We will see increasing electrification in other vehicles, of course in different forms, starting with the 48-volt electrical system and plug-in hybrids to fully electric drives. Seen in this way, the M2 will be the last M with a pure combustion engine drive and also without electrification scope such as a 48-volt onboard network, yes," he further added. However, the BMW official didn't reveal any further detail about the upcoming M2 Coupe.

The new BMW M2 based on the automaker's 2-Series model will come pairing the in-line six-cylinder engine with a manual transmission, confirmed the BMW M CEO. The high-performance luxury coupe is slated to enter production towards the end of this year in Mexico. The car is expected to hit showrooms sometime later this year. In the meantime, BMW is preparing to unveil its new M3 Touring at the Goodwood Festival of Speed later this month.