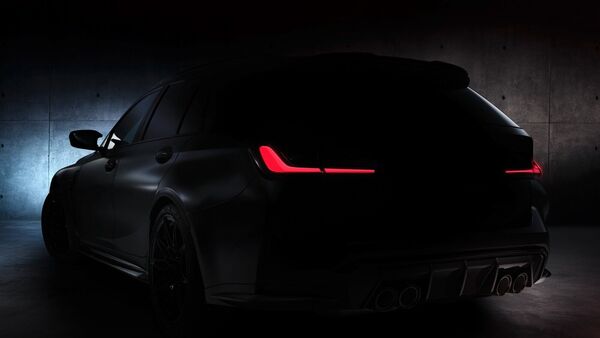 It has been reported earlier that BMW M3 Touring will be a five-door car.

BMW M will celebrate its 50 anniversary at this year's Goodwood Festival of Speed and on the occasion will also introduce its new model, the BMW M3 Touring. BMW also informed that apart from this, visitors will also be able to see and in some cases drive the latest models from the premium carmaker namely BMW iX1, i7, i4 and iX M60.

The much-awaited BMW M3 Touring will be unveiled on June 23 along with a high-performance M3 Touring trim for sale in select markets. It has been reported earlier that this new model from BMW will be a five-door car that will come with a huge vertical grille and air inlets that will help in cooling down the engine under the hood. Though, BMW has refrained from sharing any details on the mechanical and technical specs of the upcoming BMW M3 Touring.

Along with the BMW M3 Touring debut, the new BMW M4 CSL will also make its introduction. The latter is, according to the Bavarian company, is track-honed, two-seater coupe that sports a 40hp power hike over the current BMW M4 Competition Coupé to 550hp. The automaker has used carbon fibre for the roof, bonnet and boot lid to reduce the overall weight of the car by 100 kg. BMW stated for this property, the new BMW M4 CSL has recorded the best-ever lap-time for a BMW road car at the Nurburgring’s Nordschleife circuit.

The CEO of BMW M Frank van Meel shared to celebrate the brand's 50th-anniversary at the Goodwood Festival of Speed is highly significant. “There can be no better place to celebrate our 50th anniversary than among our fans at this year’s Goodwood Festival of Speed, surrounded by the iconic cars that have cemented our position in motorsport history. But we’ll also spend our time at the world-famous event looking to the future, with a selection of exciting new models from our innovative electrified line-up, and the global premiere of the eagerly-anticipated first-ever BMW M3 Touring," added Meel.

The Goodwood Festival of Speed will be organised from June 23to June 26.