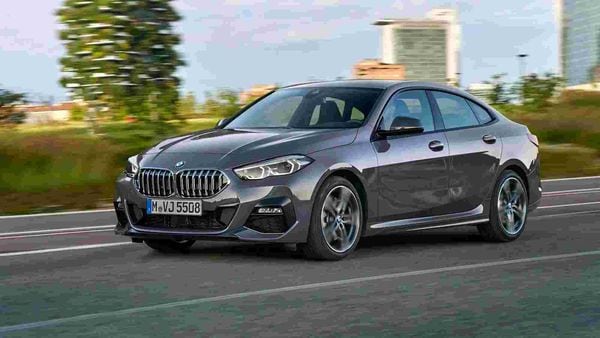 BMW 2 Series Gran Coupe was officially launched in India at a starting price point of ₹39.3 lakh (ex showroom) on Thursday. While this is for the 220d Sport Line variant, the more loaded 220d M Sport gets a more premium price of ₹41.40 lakh (ex showroom) which means it would sit only slightly lower than the 3 Series 320d Sport which costs around ₹41.20 lakh (ex showroom).

That the prices of the 2 Series Gran Coupe - currently only in diesel - have been termed introductory may indicate a revision at a later date. Even then, has the four-door coupe overshot its ideal price bracket by a lakh or two, especially considering that the price point at which the 3 Series starts at?

There is no denying that the BMW 2 Series Gran Coupe is quite the looker. That's thanks to the frame-less doors, the dominant kidney grille, LED head lights and sleek LED tail lights. It's stylish yet aggressive looks are matched by a decently modern cabin which gets a 10.25-inch infotainment screen and adequate space all around.

Yet, there's a chance that in a price-sensitive market like India, BMW may have become a tad too ambitious at putting the starting price at almost ₹40 lakh. That the X1 sDrive20d xLine (diesel) is priced at ₹39.90 lakh also means that the sedan is criss-crossing territories, price-wise.

BMW is, however, promising superb drive capabilities and says that the 2 Series Gran Coupe marries characteristics that make it as capable as an everyday drive option as a powerful highway rider. A 2-litre, four-cylinder turbo diesel gives the car around 187 bhp of max power and 400 Nm of torque. It also claims to hit 100 kmph in 7.5 seconds.

The 2 Series Gran Coupe would have gone head on against Mercedes CLA, a popular choice in this segment till it was discontinued earlier this year. So for now, the BMW will have to hold on for newer rivals in the form of Mercedes A-Class Limousine and the new Audi A3 for a more intense battle on Indian roads.