The new Audi Q5 is scheduled for an India launch in 2021 and boasts of significant changes to its visual profile and packs even more comfort and convenience features on the inside.
By : Shubhodeep Chakravarty
| Updated on: 29 Jun 2020, 05:41 PM 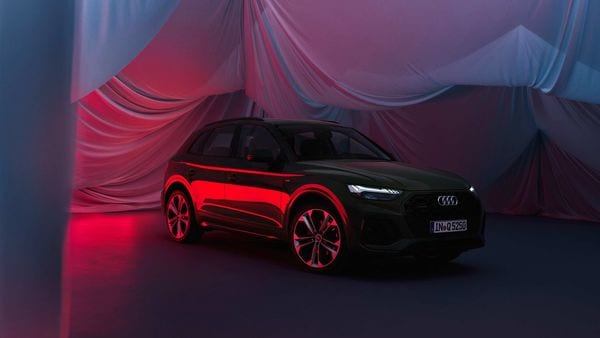 The new Audi Q5 looks sharper than ever before.

Audi Q5 has been a power performer for the German luxury car maker for several years and in several markets around the world. The unmatched popularity of the SUV is primarily driven by its eye-catching visual profile which is matched by its performance credentials and comfortable cabin. Over the last 12 years since it was first introduced to the world, the vehicle has managed to sell in solid numbers and is as much a common sight on Indian roads as on roads elsewhere. Audi is now all set to build on the strengths of the Q5 and promises to combine aesthetics, comfort and performance with a technology-driven package which further emboldens it.

Audi recently gave an insight into what the new Q5 is all about and select media outlets from around the world were invited for a streaming session. Even on laptop screens, the larger-than-life image of the updated Q5 was amply evident with Audi's Q design language defining the visual appeal. The changes at the front are marked by an octagonal single frame which is wider to look at than before. The DRLs above the LED headlights have been redesigned and the profile has been given a muscular yet sharp makeover. 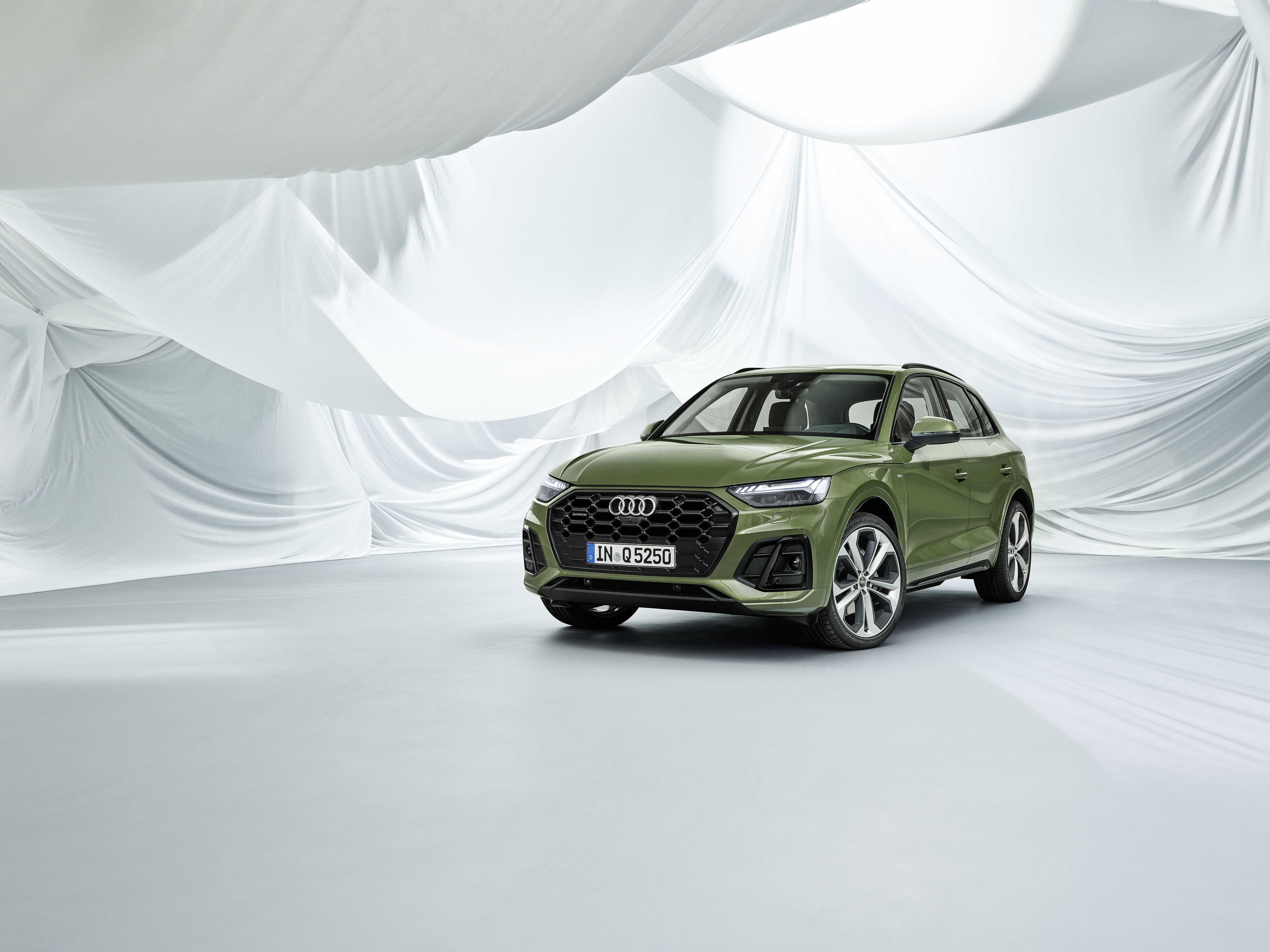 Designers at Audi have given the new Q5 an even more sportier visual appeal.

On the side, the reworked still insert allows for an increase in ground clearance but it is at the rear that the new Q5 truly - and literally - shines. Here, a new trim element between the light clusters and a new diffusor insert with a horizontal fin seeks to give the vehicle a distinctive appeal. Apart from the standard trim, there are two optional design lines as well. Audi highlights that the advanced line comes with chromed vertical ribs in the single frame while the under-ride guards below the front and rear bumpers now come in silver hues rather than black. The S line boasts of a sporty honeycomb in the single frame and a chrome strip framing the rear diffusor. The overall intention is to give the new Q5 an enhanced athletic appeal with some added glitz courtesy the world's first OLED rear lights.

OLED - lighting up the future 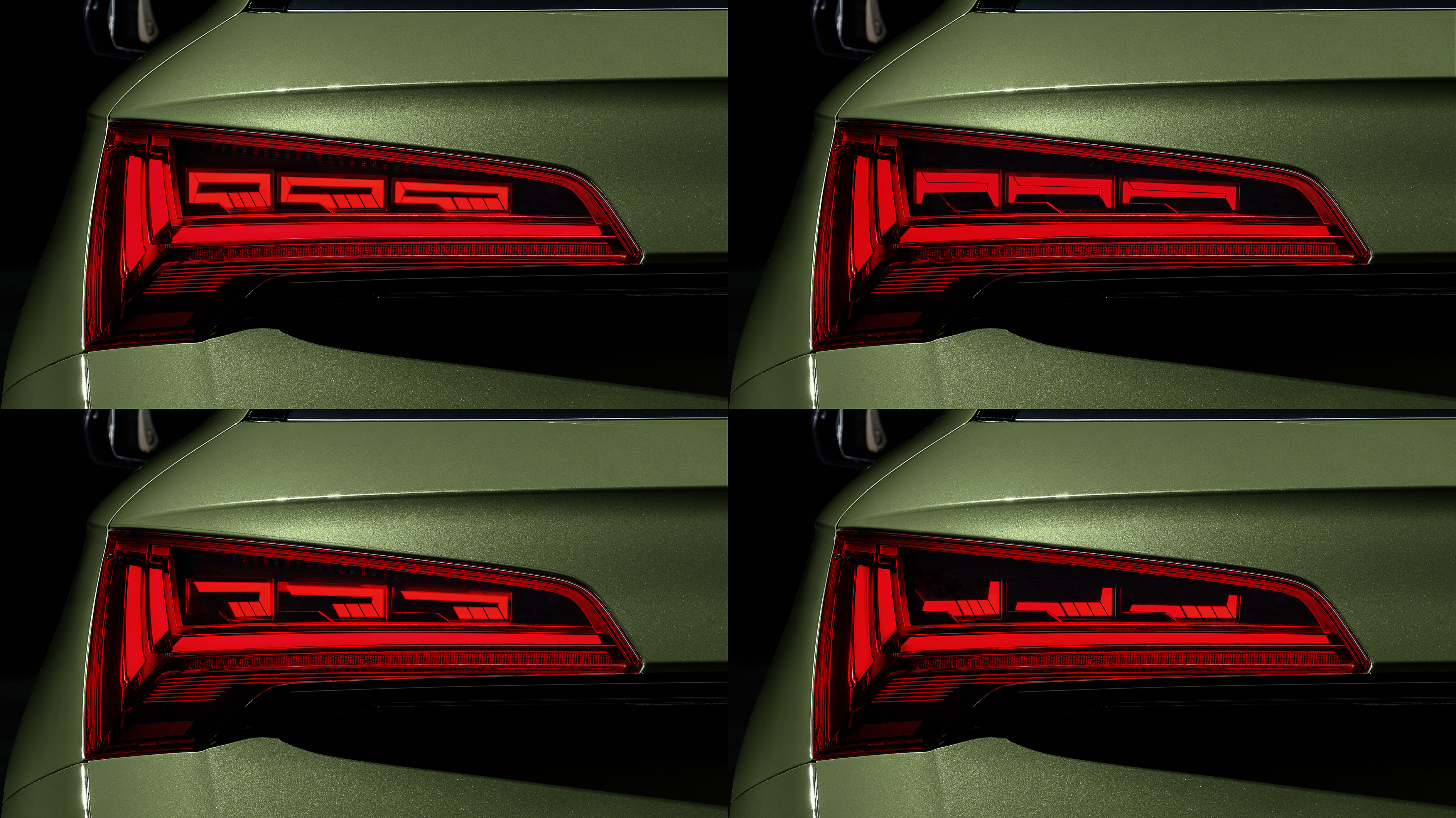 The new Q5 has an unmistakable presence from the rear, especially during late evening drives, thanks to OLED rear lights.

Audi has made a strong case for OLED technology in the new Q5 and it is clear to see just why. The optional OLED rear light is split into three tiles of six segments each with Audi designers going this extra distance in a bid to create multiple designs and signatures from a single item of hardware. Customers would be able to select from three rear-light signatures. To put it in artistic terms, the rear lights will come alive in 'selectable' patterns and offer multiple illumination options. Apart from the aesthetics, it also has practical usability. If a vehicle approaches the new Q5 from the rear and comes within two meters of it, all OLED segments will light up. When the Q5 begins the move, the lights return to original signature.

Safety is also enhanced because of the OLED technology itself which offers homogeneous light surface for even better road visibility. "In addition to perfect contrast, the benefits of digital OLED are a high level of homogeneity and minimal gap between the segments," explains Stephan Berlitz, Head of Development - Light Innovation at Audi. "Looking to the future, digital OLED is therefore the perfect technology for executing personalized light design with a high degree of precision and extensive variability."

When cabin is a playground

The new Q5 also promises a generous list of upgrades on the inside - ranging from space to comfort and convenience features.

The wheelbase of 2.82 meters promises a whole lot of space and the vehicle now stands 19 mm longer due mainly to its larger bumpers. Its width at 1.80 meters (excluding side mirrors) and height at 1.66 meters remain the same.

A sliding rear bench along with adjustable backrests will be available as an option and with this fitted, the luggage space ranges between 550 litres to a massive 1,550 litres. A variable folding floor mat will come as standard while a power tailgate will be available as optional. Audi also claimed that a refined aero-acoustics will ensure an even quieter cabin for an improved drive experience.

The new Q5 will also make use of the third-generation Modular Infotainment Platform or MIB 3. This claims to offer ten times the computing speed of the MIB 2. Audi virtual cockpit plus will offer a high resolution 12.3-inch digital display with three different graphic layouts and all of the information can be accessed and controlled by the driver using the multi-function steering wheel.

A head-up display (HUD) will also be available as an option while the 10.1-inch MMI touch display at the center of the dashboard will come as standard. The driver or occupants can engage with the display using manual interventions or via voice controls which supports a long list of everyday terms. Voice control can also be used for MMI navigation plus while Audi connect online services network is also on offer and can be booked at any time after the purchase of the vehicle as well.

Delivering on the drive 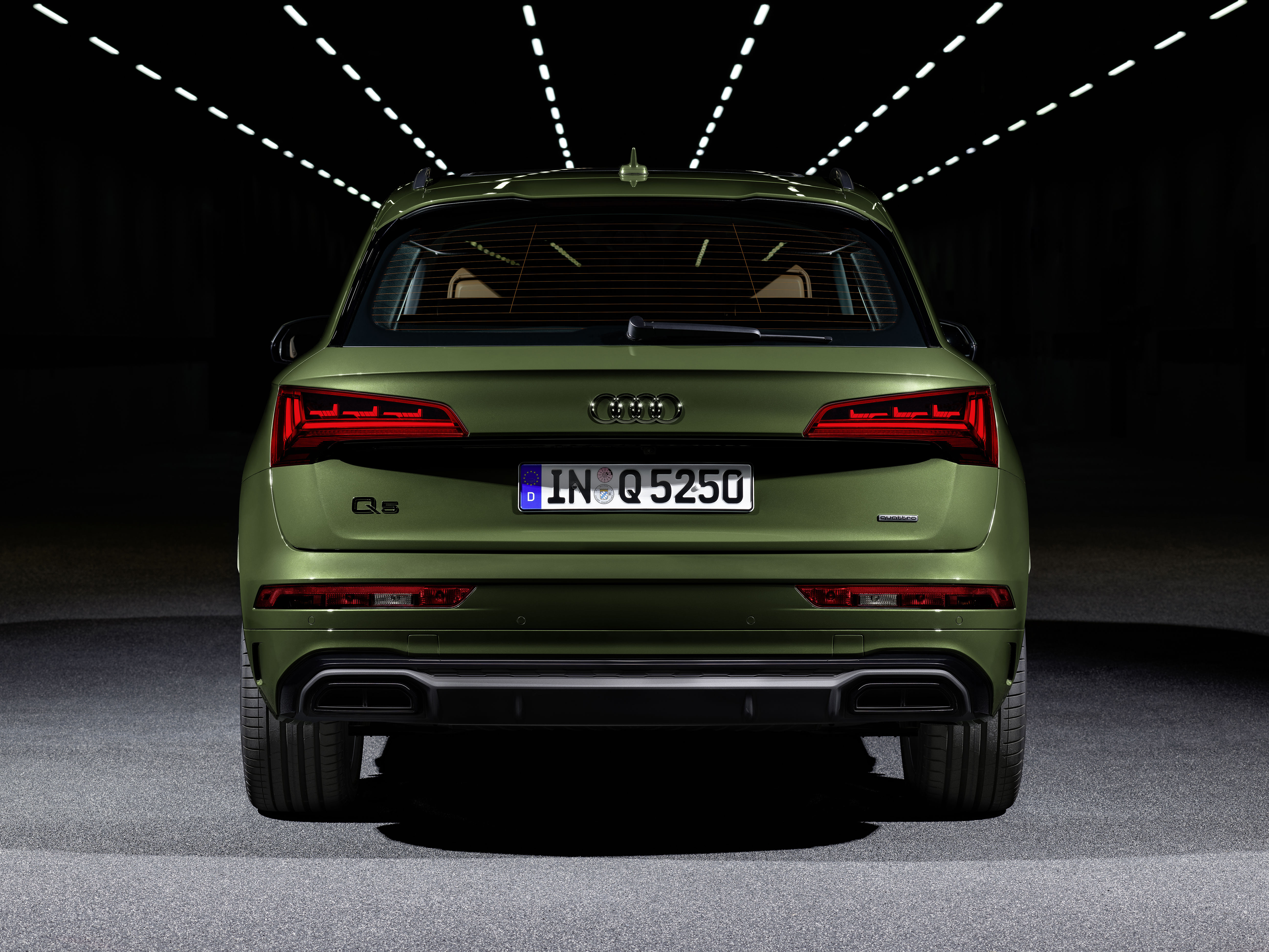 The Q5 will be built at Audi's Mexico plant in San Jose Chiapa.

The new Audi Q5 in India will continue to make use of the much-acclaimed 2.0 TFSI petrol engine although there is an upgraded diesel engine option on offer in other markets. The company promises an even more refined ride quality thanks to multilink suspension at the front and rear that are billed as being extremely lightweight which would aid both handling as well as efficiency.

Dynamic steering, available as an option, would vary its ratio by up to 100 per cent based on speed and steering angle. The driver would also be able to choose from multiple handling systems with profiles for off-road as well as all-road (with air suspension).

The new Audi Q5 will stand on 17-inch alloy wheels as standard while the advanced line and S line make use of 18-inch wheels.

The Q5 will be built at Audi's Mexico plant in San Jose Chiapa and is expected to hit international markets later in 2020. A special 'edition one' will also be on offer which would get an additional black trim package, Audi insignia on the front and rear, 19-inch wheels, carbon door trims, etc.

While most of the features and highlights mentioned above are expected as a certainty in the new Q5 meant for India, the complete highlights would be confirmed once the car does touch down here in a bid to take on its direct rivals with renewed vigour.