Home Auto Cars News Audi Recalls Over 26,000 Cars In Us Over Turbocharger Failure

Audi recalls over 26,000 cars in US over turbocharger failure 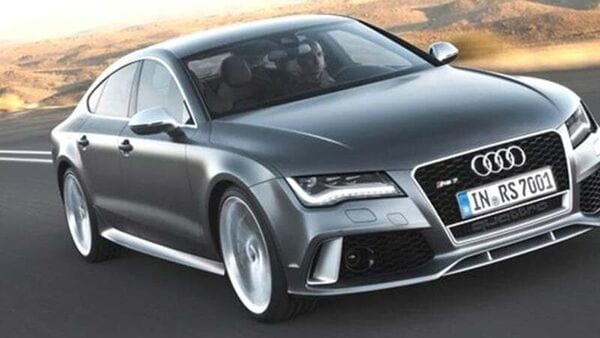 Audi RS7 is among the affected cars by the recall.

Audi has issued a recall for 26,053 vehicles in the US over a faulty turbocharger oil strainer that can become clogged and stall the vehicle. The recall affects Audi models including A8, S6, S7, S8 and RS7 that were built between 2013 and 2017. Also, only the cars with 4.0-litre twin-turbocharged engines are included in this recall. The German luxury car brand is expected to commence notifying the owners of affected vehicles via mail on or around 20th May.

The recall follows a year-long investigation by the National Highway Traffic Safety Administration (NHTSA). The agency has received complaints of Audi cars stalling without warning while in motion. Such a situation on a busy highway could result in a serious mishap.

The turbocharger oil filters in the affected Audi cars could get blocked, leading to a lack of lubrication in the part. It causes wear on the bearings due to increased friction. In case the bearings fail, the turbine wheel within the turbocharger may hit its housing and the turbocharger shaft could break as well. In either case, there is a high risk of loss of power or even the engine stalling. This could eventually result in a serious car crash, fatally wounding or even killing people.

The affected cars in which the problem occur may show a number of different warning messages. These could include the EPC light, a MIL light, or an oil warning light as well. There could be other indications such as extended cranking, rough idling or a loss of power as well.

The automaker has said that Audi dealers will inspect the affected vehicles and remove and clean the stainer before changing the vehicle's oil. All these will be performed at no cost to the vehicle owners.