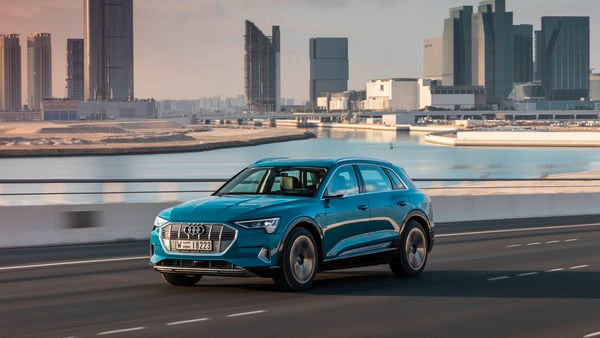 Audi India on Wednesday revealed that the next big launch in the German automaker's lineup will be the e-tron SUV. The battery-powered luxury SUV will go on sale in the country on July 22nd. It will be a direct rival to the likes of the new Mercedes-Benz EQC that went on sale in India in 2020 and the Jaguar I-Pace.

The new e-tron will be Audi India's first electric car. It has already arrived at the select showrooms across the country ahead of its price reveal. And the company will soon also announce the pre-bookings on the car.

The e-tron is already on sale in the world markets where it has managed to garner a decent business. The company has successfully sold out 17,641 units of the car in the first half of 2020.

The e-tron was given an update last year. It now gets a second onboard charger and a 71.2 kWh battery pack. It is capable of sprinting across the 0-100 kmph mark in just 6.8 seconds and has a top speed of 190 kmph. The claimed full-charge range of the SUV stands somewhere between 282 km and 340 km, depending on different factors including terrain, occupants, drive patterns - valid factors for any electric vehicle.

Inside, Audi's electric car sports a very contemporary cabin space equipped with some very high-end and modern features. The cabin gets minimal intervention of physical switch and buttons, like most of the new-age ultra-luxury cars and SUVs. There are two large touchscreen units that have been titled by a certain degree towards the driver for a cockpit feel. Other highlights include a multi-function steering wheel, ambient lighting, four-zone climate control, and a panoramic sunroof.

When launched, expect the e-tron India price to start somewhere from around ₹1.30 crore (ex-showroom).