Audi e-tron is the company's first all-electric SUV and is being considered for an India launch next year.Mercedes has already driven in its EQC here while Jaguar Land Rover has confirmed it is bringing in its I-PACE.
By : HT Auto Desk
| Updated on: 16 Oct 2020, 05:02 PM 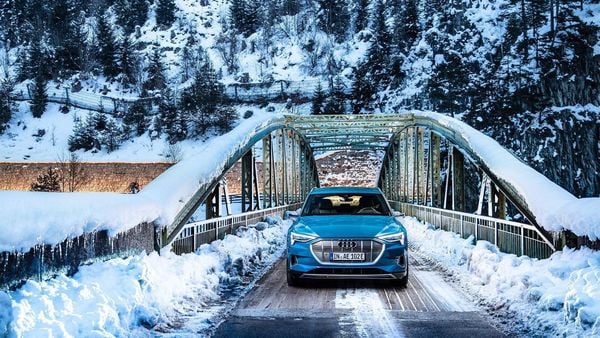 Audi e-tron claims to fire to 100 kmph in just 5.5 seconds and promises the same level of performance and luxury as its siblings, but with an electric heart.

Audi e-tron could hit Indian shores at some point in 2021 with the company's India head Balbir Singh Dhillon confirming that the car maker is keeping all its options open. The e-tron is an all-electric offering already available in several international markets with 17,641 units sold in the first half of 2020, a testament to Audi's determination to make a mark in the world of electric mobility.

The e-tron provides Audi a platform to launch an EV offensive in several markets as it plans to roll out 20 fully-battery powered models by 2025. And while India is not quite on the list of priorities for several companies with EVs in their respective garages, Audi may not keep the country waiting for too long. "All our options are open. We are considering bringing in the e-tron here some time in 2021," said Dhillon a day before the launch of the Q2 SUV.

Dhillon further added that the present situation at ground level for EVs are being closely monitored and that the government and private players both have a part to play in this regard.

Clearly then, the focus on EVs in the luxury space may be catching momentum and while bringing in such products through CBU (completely-built unit) route means closely calculating the units of various models to be brought in - the government's provision allows each car maker total of 2,500 cars to be imported and sold without the need for undergoing the process to meet local regulatory requirements as long as the model has certification from the EU or Japan, it could be the start of bigger and better things to c