Audi A4 facelift promises to be sportier than ever before and offer an updated cabin.A4 is the main weapon in Audi India's sedan arsenal and battles the likes of Mercedes C Class, BMW 3 Series, Volvo S60 and Jaguar XF.
By : HT Auto Desk
| Updated on: 14 Dec 2020, 12:21 PM 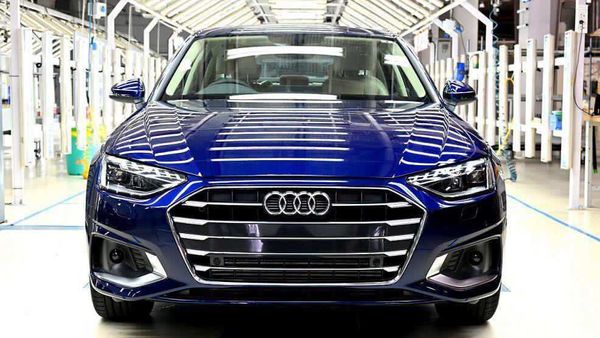 The latest Audi A4 will hit Indian markets in the early parts of 2021. (Photo: Instagram/dhillon_balbir)

Audi India is looking at making a stronger and deeper mark in the luxury car segment and one of its main weapons against fellow German rivals Mercedes-Benz and BMW is the latest A4 sedan. The car has already hit production lines at the company's Aurangabad facility and its launch is slated for early 2021.

While 2020 was largely about its SUVs with the launch of Q8, RS Q8 and Q2 grabbing majority of the headlines, it is the 2021 A4 that is expected to kickstart Audi's new year offensive. In many ways, the A4 has been the mainstay of Audi's sedan lineup in the country for some time now and the latest edition is likely to hot up.

(Also read: Audi to hike prices across models by up to 2% from January next year)

While it is essentially a facelift, the new Audi A4 appears to have much working for it to tackle rivals with. That is thanks to a more sporty visual appeal from the front courtesy a re-designed head light unit, sculpted bumpers and dual exhausts at the rear. It is reported that the new A4 will sit on 19-inch alloys on the S variant and the other variants will offer either a 17-inch or 18-inch wheel.

Expect Audi to upgrade the cabin significantly to make the A4 more contemporary than ever before. Focus on petrol for the time being means that the new A4 will make use of the trust - and sporty - 2.0-litre TFSI motor which is expected to also get a 12V mild-hybrid system. This will be mated to an eight-speed automatic transmission unit with Audi's all-wheel drive Quattro system expected to be standard.

Once launched, the A4 will renew its battle against Mercedes C-Class, BMW 3 Series, Jaguar XE and the new Volvo S60 which will be open for bookings in January and will be launched in India.