Aston Martin teaser asks you to put your senses on standby. What's cooking

Aston Martin's teaser video could be a hint of an all-electric model from the brand, as it claims a new definition of the brand is coming.
By : HT Auto Desk
| Updated on: 19 Jul 2022, 12:57 PM 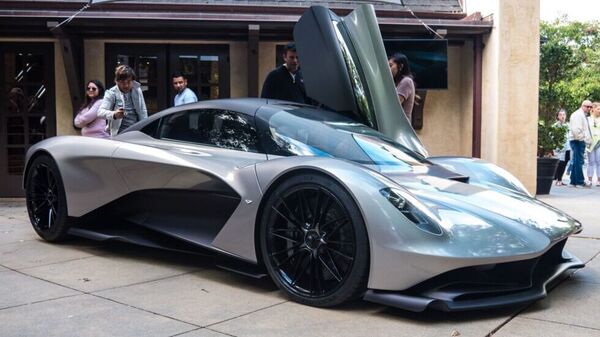 Aston Martin Valhalla will come as an electrified model.

British supercar brand Aston Martin has released a teaser video that will leave you scratching your head. The teaser is a four-second video clip revealing nothing but asking the viewers to put their senses on standby. The adjoining post reads “Heartbeat, let’s race. A new definition of Aston Martin arrives soon." Also, the video features a green pulsating mass thumping like a heartbeat behind the words “Senses: On Standby."

While the automaker is cleverly hiding something, the green colour code could be the possibility of an all-electric model from the brand, as Aston Martin is aiming to be electric like many other car manufacturers. It could be a race car with an electric or hybrid powertrain as well.

Aston Martin’s current product lineup includes models such as DB11, DBS, DBX, and Vantage. The carmaker is continuing development on the Valhalla. Aston Martin Valhalla's production model is scheduled to arrive in 2024. The OEM also has plans to launch a new Vanquish in 2025. Interestingly, the Aston Martin Valhalla will be part of the automaker's strategy, under which it will arrive as a plug-in hybrid. An electric vehicle too is slated to follow.

The new definition as Aston Martin calls it could come as one of the upcoming models. Also, the brand could reveal its electrification strategy, which would define the brand for the future.