The British luxury carmaker Aston Martin aims to sell at least one out of every two cars to be all-electric vehicle by the end of this decade.
By : HT Auto Desk
| Written By : Sabyasachi Dasgupta
| Updated on: 20 Oct 2021, 12:21 PM 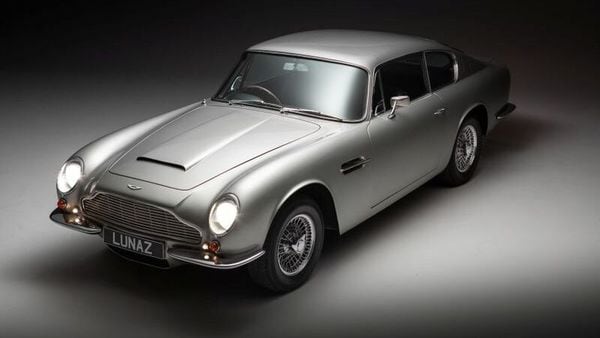 An Aston Martin DB6 is pictured in this handout picture provided by Lunaz, a company which is turning classic gasoline powered cars into electric vehicles.

British luxury carmaker Aston Martin has revealed its plans to switch to electric mobility. The carmaker, which is famous for being the preferred ride for the fictional 007 agent James Bond, has chalked out its EV strategy for the next eight years.

According to the plans revealed by the carmaker so far, Aston Martin aims to sell at least one out of every two cars to be fully electric by the end of 2030. Tobias Moers, Chief Executive Officer at the Aston Martin, said, “I would say a minimum of 50% of our sales will be electric, possibly more."

Aston Martin has recently started to turn a number of its models into electric cars. This also include the DB6, which is often used as a James Bond car in movies. The DB6 is considered by many to be the epitome of British automotive style since it was first launched in 1965.

Incidentally, the DB% and DB6, both of which have appeared as Bond cars in several movies including the recent No Time To Die, are now being modified as limited edition electric cars. The job is being done by a company called Lunaz which is basically turning these classic ICE cars into electric vehicles.

David Lorenz, CEO and founder of Lunaz, said, "For the women and men of tomorrow, electric cars are one of the modes you should drive," said  which specializes in making electric classic cars, at the wheel of the DB6, some time ago.

The electric DB5 and the DB6 will undergo certain technical updates besides adding a battery and compatible engine and powertrain. These changes will include new brakes, suspension and steering, air conditioning and electronic infotainment system. After the switch to electric mode, the Aston Martin DB5 and DB6 are expected to return a range of more than 400 kms on single charge.

This is not the first time that Lunez is turning iconic ICE cars into electric vehicles. It had earlier done the same to a number of other iconic cars from Rolls-Royce, Bentley and Jaguar. The company is also likely to offer limited build slots for the Aston Martin DB4 and DB5 soon.