After Tesla's record year in Norway, rivals gear up for 2020 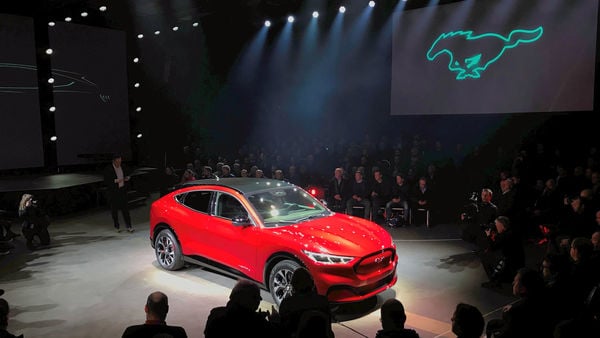 New electric car sales in Norway rose by a third last year amid soaring demand for Tesla Inc's vehicles, but the pioneering U.S. company will face a more competitive market in 2020 as rivals prepare to launch new electric models.

Norway, which is Europe's biggest oil and gas producer, is seeking to become the first country to end the sale of fossil-fueled cars by 2025. The country has exempted battery-powered vehicles from the taxes imposed on petrol and diesel engines and after just a few years the streets of Oslo have become quieter and have less air pollution.

Most of Norway's top-10 cars in 2019 were electric, including Volkswagen's Golf, Nissan's Leaf, Audi's e-tron, BMW's i3, Jaguar's I-PACE and several of Hyundai's models.

New car sales in the country last year were 142,381, of which 60,316 were fully electric. This year, as many as six in 10 of all new cars sold in the country could be fully electric, said Volkswagen (VW) distributor Harald A. Moeller AS, which is preparing to launch several models in 2020.

Other importers predicted the market share in 2020 would be in a range of 50-60% of all sales.

"The electrification of the car market is accelerating ... we forecast electric vehicles to hold a 100% market share in 2025," Volkswagen said of the outlook for Norway.

The country's best-selling car in 2019 was Tesla's mid-sized Model 3 sedan, which retails from 384,900 Norwegian crowns ($43,721.74), racking up an 11% market share in the California-based firm's first attempt at cracking the mass market.

Rising global awareness of climate change has encouraged a shift in regulation, technology and consumer preferences, disrupting the auto industry and boosting Tesla's share price to make it one of the world's most highly valued car brands.

This year, the company will start producing a medium-sized sport utility vehicle, the Model Y, but faces competition from a plethora of rivals, including by Daimler AG's Mercedes-Benz, VW's Audi and Ford Motor Co .

"There will be between 20 and 30 new electric models on the market in 2020, many of them launching early in the year," the Norwegian Electric Vehicle Association said in a statement.

Ford late last year unveiled the Mustang Mach-E SUV, which it hopes will help turn around its flagging fortunes.

"It will compete with Tesla's models 3 and Y. I also think Audi e-tron is a big competitor. The customers have waited for this car for over two years," said Kjetil Hagestande, chief executive of Ford importer RoehneSelmer.

"This amazing car with four-wheel drive and long range fits the Norway market perfectly," Hagestande told Reuters on the sidelines of the Mach-E launch in November.

Also aiming for a slice of Norway's market is China's Geely group, whose Polestar and Volvo brands will begin producing fully electric cars this year.

In October, Polestar opened its first European showroom in Oslo's most upmarket shopping district, rubbing shoulders with fashion designers rather than with rival auto makers.

"I'm here to consider a new car because my wife already has her second electric car, a Hyundai," said Espen Cook, a retired IT worker, on a recent visit to the Polestar venue.

"Two months ago I sold my hybrid Lexus so I would like to go full electric," the 70-year-old told Reuters.