After Harrier, Nexon and Altroz, Tata Motors to launch Dark Edition of Safari 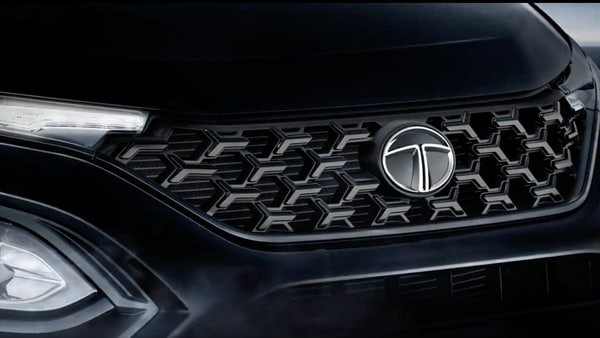 Tata Motors has teased the Safari Dark Edition SUV ahead of launch on January 17.

Tata Motors is gearing up to launch yet another Dark Edition of one of its flagship models. The carmaker has teased the Safari top variant on its social media handles. The company says the launch will take place in three days on January 17.

Tata Safari Dark Edition will be the fourth model from the Tata Motors stable to get this version. Earlier last year, Tata Motors had launched the Dark Edition versions of the Harrier SUV, Nexon sub-compact SUV and the Altroz premium hatchback.

The teaser shared by Tata Motors shows the grille of the Safari three-row seven-seater SUV in dark colours. It is likely to get similar cosmetic updates like the Harrier, Nexon and Altroz Dark Editions. Expect the exterior to be wrapped in an all-black theme as well as some of the elements inside the cabin to match its 'dark' appeal. Rest of the specifications of the Safari SUV is likely to remain the same, as has happened with the other three models.

Tata Motors had launched the Safari SUV back in early 2020. Later in September, the company also launched the Gold Edition version of the Safari SUV. Competing in the three-row SUV segment, Safari rivals the likes of Hyundai Alcazar and Mahindra XUV700 among others.

Under the hood, the Safari comes with a 2.0-litre diesel engine which is able to generate maximum output of 168 bhp and comes with the choice of either a 6-speed manual transmission or a 6-speed automatic gearbox. The SUV also has three drive modes – City, Sports, Eco. With a three-row cabin layout, Safari comes in 6-seater and 7-seater options. It offers captain seats in the second row in the 6-seater variant.

Brace yourself to experience the new era of Bold.

Tata Motors had recently increased the price of some the Safari variants. The increase in price ranges between ₹3000 and ₹7000 depending on trims.