A tribute to Ratan Tata: Tata Estate station wagon re-imagined by this startup 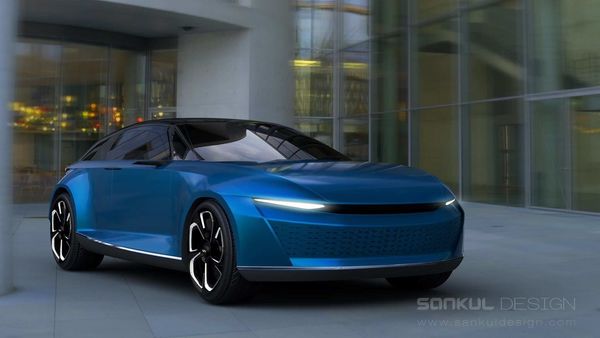 A Pune-based industrial design studio Sankul Design has come up with a redesigned Tata Estate station wagon. The company said it is an ‘attempt to visualise the Estate’ as a tribute to Ratan Tata, Chairman Emeritus of Tata Group and former Chairman of Tata Motors, and his vision.

The company has been working on the design for quite some time, and has been sharing developments at different stages. Sankul Design picked Tata Estate as it was one of the first passenger cars that was produced by Tata Motors.

The re-designed Tata Estate station wagon does not have too many similarities with its original version. The new one, designed by Sankul Design, looks more like a futuristic electric vehicle.

The sleek front face of the car is highlighted by the thin strip of LED headlights integrated to the grille which has chrome underlinings. The chrome strip continues as an underline on the side profile of the car only to be separated by the large wheel arches. The ORVMs have been replaced by camera strips which makes the car look all the more premium in its appeal. 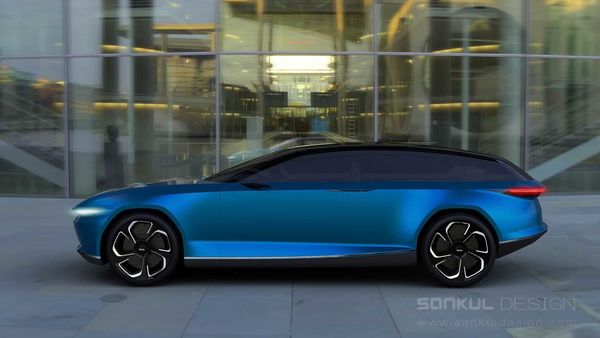 The chrome strip continues as an underline on the side profile of the car only to be separated by the large wheel arches. (Photo courtesy: Sankul Design)

The design work took over a period of eight months and was unveiled in phases before the final design was shared with Ratan Tata on his birthday on December 28 last year.

The company took to social media to pay thank Ratan Tata for his inspirations. The Facebook post read, "With lots of love and respect, we hereby present you with the re-envisioned Tata Estate. We will be honoured to meet you in person and present our work to you. Request for an opportunity, please. Thank you for being an inspiration to us and many more."

Launched back in 1992, Tata Estate station wagon was a new concept on Indian roads. Based on the platform of the Tata Telcoline pickup truck, the Tata Estate used to be powered by a Peugeot-sourced XD88 engine. The 1.9-litre diesel engine, mated to a 5-speed manual gearbox, could churn out around 67 bhp of maximum power at 4500 rpm and around 118 Nm of torque at 2500 rpm.

The Tata Estate station wagon used to come loaded with features like power steering, power windows and ample cabin space. The Tata Estate remained in production for around eight years before it was phased out in 2000.