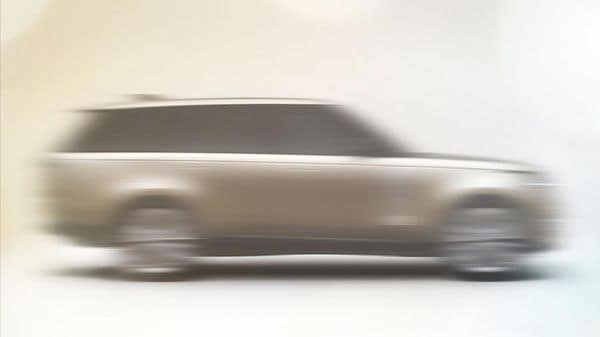 Land Rover on Wednesday teased the upcoming 2022 Range Rover which is all set for a global debut next week. The fifth-generation Range Rover will make its debut on October 26 and while all the details about the much-awaited SUV will only be known then, there have been tiny bits of information that have been trickling in in recent times.

The teaser image of the latest Range Rover, hazy at it may be, reveals solid body lines and a footprint that is possibly more pronounced than ever before. The boxy proportions of the vehicle seem to have been enhanced further while the familiar floating roofline may have been further accentuated.

Reports suggest that the 2022 Range Rover has been undergoing extensive tests in Germany. Based on the new MLA Flex platform, expect the SUV to also get a host of cabin feature updates to appeal to a younger generation and compete against its direct rivals.

With the world fast moving towards electric vehicles, it would also be interesting to see if and when Range Rover is equipped with battery power even if the debut model next week is mostly likely to get a 4.4-litre turbocharged V8 unit.

There is no word yet on when the 2022 Range Rover will touch down on Indian shores but going by the burst in activity here from Jaguar Land Rover, the SUV model may be brought in at some point in time next year.