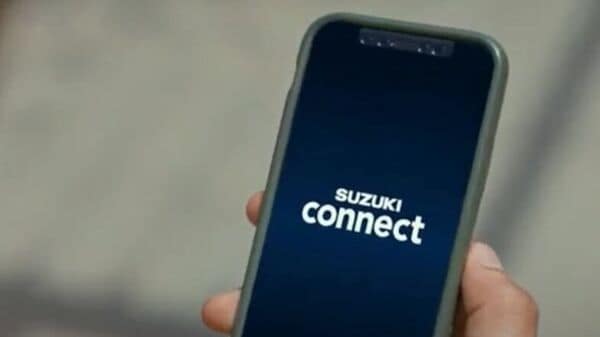 Maruti Suzuki Brezza will allow remote functions to be executed through smartphone, smartwatch and Alexa Skill.

Maruti Suzuki on Friday revealed that the upcoming 2022 Brezza will come equipped with in-built next gen Suzuki Connect telematics solution with over 40 connected features available to the driver and passengers. The latest Maruti Suzuki Brezza will be launched in the country on June 30 and the company is continuing to underline the numerous feature additions that the sub-compact SUV will now offer.

In the past week, it has been confirmed that the latest Maruti Suzuki Brezza will have a feature-rich cabin that includes a Heads-Up Display (HUD), an updated nine-inch main infotainment screen, 360-degree camera and premium sound acoustic tuning through ‘Surround Sense’ powered by Arkamys. But there is also a focus on offering connected-car technology with the new Brezza allowing remote access through smartphone, smartwatch and even through Alexa Skill for operations such as security with tracking, trip analysis, driving behaviour, status alerts, among others.

The Brezza was first launched in the country back in 2016 and Maruti Suzuki has sold over seven lakh units of the model. But with increase in number of newer rivals, the model was often found lacking in its feature list, a shortcoming that is now being addressed by the company. In fact, the new Brezza will be the first Maruti Suzuki car to get an electric sunroof.

Although yet to be officially confirmed, Maruti Suzuki is more than likely to pack the 2022 Brezza with other feature additions like ambient lighting and cooled glovebox.

Changes under the hood, however, are likely to be minimal with Maruti Suzuki persisting with its petrol-only strategy. Expect a K15C smart hybrid motor with tunings and tweaks for better fuel efficeicny as well as better NVH levels. A six-speed AT is almost certain and will come with paddle shifters as seen on the new XL6 that was launched earlier this year.

Once officially launched, the Brezza will renew its rivalry against the likes of the updated Hyundai Venue, Kia Sonet, Mahindra XUV300 and Tata Nexon.