2022 Maruti Suzuki Alto all set for launch on August 18

Maruti Suzuki Alto sells by truckloads in the country despite having had a presence for nearly two decades here.
By : HT Auto Desk
| Updated on: 02 Aug 2022, 09:37 AM 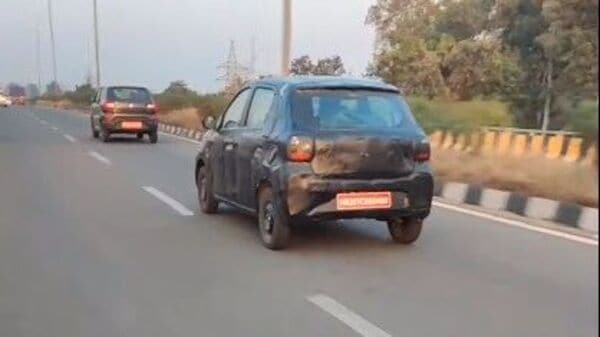 2022 Maruti Alto has been spotted undergoing tests on Indian roads.

Maruti Suzuki has confirmed the official launch of the 2022 Alto for August 18 and is betting on its best-selling model to further up the sales figures for it in the festive period. Alto has been a power-player in its segment for nearly two decades and is the only Indian car to have blazed past the 40 lakh overall sales mark.

In a market partial towards young challengers, Alto has remained a player of note since the early 2000s, and several factors have helped its cause - from superior mileage compared to rivals to periodic updates, robust post-sales service, the introduction of S-CNG technology and the addition of several new-age features. As such, the incoming and updated Alto is expected to get an expanded feature list while getting exterior and cabin updates as well.

Spy shots of the next-generation Maruti Suzuki Alto on test runs reveal that the car will stand on steel rims and get body-coloured door handles and black ORVMs. While the interior and exterior of the car remain under thick camouflage, expect it to come with several fresh styling elements and features as compared to the outgoing model. Expect the cabin of the car to receive some creature comforts to enhance its appeal to the customers.

Now as far as the engine under the hood is concerned, the 2022 Alto could get the same 800cc petrol while also benefiting from the 1.0-litre DualJet petrol unit that powers the updated Celerio. This new K10C engine puts out 66 bhp and has 89 Nm of torque on offer. Both engines are likely to remain paired to a five-speed manual transmission unit.

The Alto comes as a direct successor to the iconic Maruti 800. Previously available in both 800cc and 1.0-litre engine capacities, the Alto remained the market leader for decades in terms of volume sales.