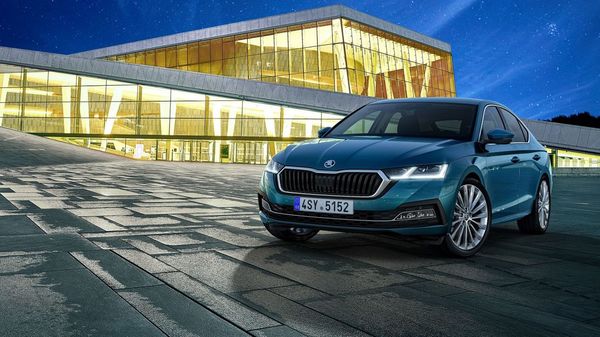 The India-spec fourth-generation Skoda Octavia sedan is expected to be marginally different in terms of styling as compared to the international model.

Skoda Auto India has planned some very major launches for this year and the all-new Octavia sedan is one of them. The launch details of the new car were confirmed officially by the Skoda boss in a social media post a few days back.

The fourth-generation Octavia sedan officially broke cover in November 2019. With the generation change, the Octavia gained a host of updates inside out. From a completely overhauled exterior design to a new cabin, technology, and updated powertrain options, the Octavia transformed into a completely new offering altogether.

The exterior highlights of the new Octavia include its new butterfly grille with black vertical slats. This grille is flanked with LED headlamps with dual J-shaped LED DRLs and fog lights. At the rear, it gets LED taillights that look sleek and angular, complementing the overall sporty profile of the sedan. There is also a Skoda lettering on the bootlid. The same lettering design is also implemented in a number of other new products by Skoda. The 2021 Octavia rides on 17-inch alloy wheels that give the car a muscular stance.

Inside, expect the India-spec Octavia to come kitted with a 10-inch touchscreen infotainment system that will be one of the key highlights of its interior space. Other cabin features will include three-zone climate control, a two-spoke steering wheel, a shift-by-wire gearstick, and a 10.25-inch fully digital instrument cluster guarded by a flat bottom sporty-looking steering.

Under the hood, the Octavia will feature a 2.0-litre TSI petrol engine with 187bhp of maximum power output and 320Nm of peak torque output. The transmission option will include a seven-speed DSG automatic unit.

The Octavia will be a direct rival to the likes of the executive sedans such as Honda Civic and Hyundai Elantra.