2021 Renault Kiger starts arriving at dealerships ahead of launch 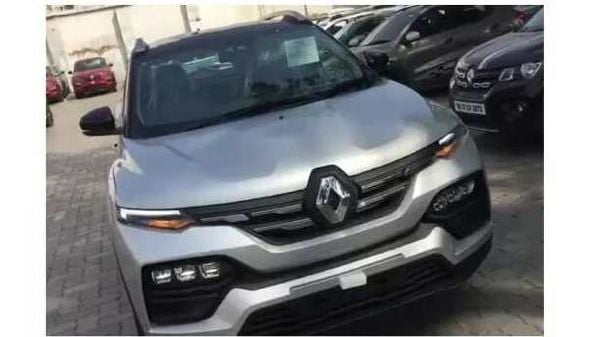 2021 Renault Kiger is expected to be launched in India later this month. Image Courtesy: YouTube/Car King

Renault India revealed the upcoming Kiger subcompact SUV in the country last month. Now the Kia Sonet rival has started arriving at the dealerships ahead of its launch. The Kiger is going to be placed in the hotly-contested subcompact SUV segment which is currently occupied by the already established rivals such as Hyundai Venue, Kia Sonet, Mahindra XUV300 and more.

The model spotted at the dealership (above) is seen in the higher-spec RXZ trim. And it comes loaded with all the bells and whistles which will be offered on its top-spec configuration. In terms of exterior features, the Kiger will come kitted with LED DRLs, three-pod LED headlamps, signature two-slat grille with chrome inserts, 16-inch diamond-cut alloy wheels and C-shaped LED taillights at the rear. It will also get flared wheel arches, black cladding, and roof rails for a more rugged appeal.

On the inside, the new Kiger will get a black and grey interior theme and will also benefit from features such as a fully digital instrument console, cruise control, automatic climate control, an air purifier, wireless charging, an eight-inch touchscreen infotainment system with Apple CarPlay and Android Auto, ambient lighting, keyless entry, steering-mounted controls, and rear AC vents.

The transmission option will include a five-speed manual unit and an AMT unit. Prices of the Renault Kiger SUV are expected to come out later this month.