2021 Force Gurkha SUV, which will rival Mahindra Thar in the 4X4 off-road adventure vehicle segment, has undergone several changes in its second generation and has become a more premium offering than its predecessor.
By : HT Auto Desk
| Written By : Sabyasachi Dasgupta
| Updated on: 15 Sep 2021, 06:28 AM 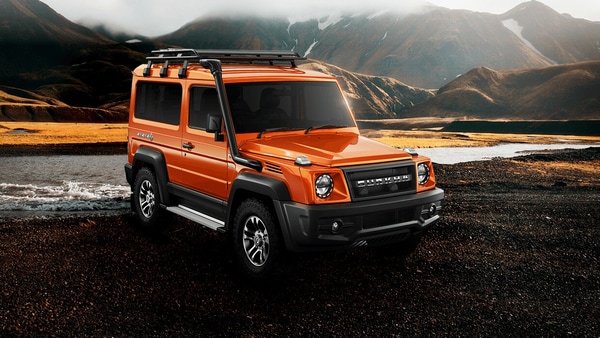 2021 Force Gurkha 4X4 off-road SUV has been officially unveiled today with a updated design and loaded with modern creature comforts and features to make it look and feel more premium. The Mahindra Thar rival is expected to launch in India this festive season.

After having seen how Mahindra has transformed the Thar into a more lifestyle vehicle than a hardcore off-roader, Force Motor has given the Gurkha enough facelift to compete with its sole rival. The circular LED headlamps with integrated LED DRLs get Force Gurkha badging, as well as the redesigned grille where the Gurkha lettering is pretty bold and can't be missed.

The rugged look of the new Gurkha is accentuated by black-cladded bumpers at the front and rear as well as the large flared wheel arches which house 16-inch steel wheels, black ORVMs and snorkel, a blacked out roof rail with a functional rack to carry load or even mount a tent for overlanding trips. It also gets tow hooks at the front and rear. The turn indicators on the new Gurkha are now placed on the front fenders. The SUV also gets vertically-positioned tail lights and LED stop lamp. 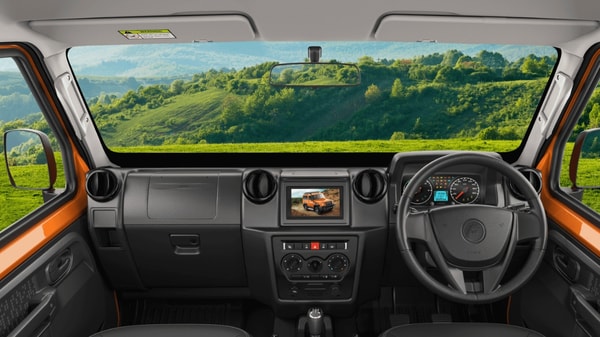 More than the exterior, Force Gurkha has undergone a more massive change on the inside. The all-new interior with black theme now has a more premium feel about it with captain seats at the rear with arm-rests instead of bench seats. There is a new seven-inch touchscreen infotainment system which is compatible with Apple CarPlay and Android Auto. It also gets a semi-digital instrument cluster with dials to indicate speed and rpm.

The steering wheel of the new Gurkha has also been upgraded to a three-spoke unit which can be adjusted for rake and reach. There is moulded floor mats for low NVH levels and also for the ease of cleaning when the vehicle gets dirty after an off-road session. For more creature comfort, Force has added power windows and cup holders as well.

2021 Force Gurkha is powered by a 2.6-litre four-cylinder BS 6 compliant diesel engine mated to a five speed manual transmission unit. The engine is capable of a maximum output of 90 bhp and 250 Nm of peak torque. Compared to Mahindra Thar, the engine appears to be less powerful. Thar offers a 2.2-litre diesel engine which is capable of generating 130 hp of peak power and 300 Nm of torque.

Force Motor is expected to launch the new 2021 Gurkha SUV in October. The price of the new Gurkha is expected to range between ₹10 lakh and ₹12 lakh (ex-showroom).