2021 Force Gurkha fully revealed ahead of possible launch this month 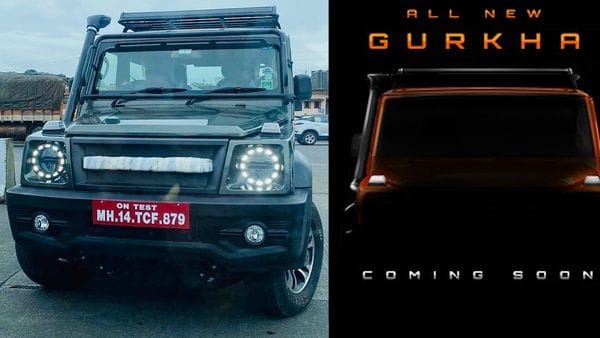 Force Motors is gearing up to launch the new Gurkha off-road SUV later this month. While the carmaker has been teasing the Mahindra Thar rival for some time now with the SUV mostly in the silhouette, Gurkha was recently spotted testing on roads in Maharashtra without any camouflage.

The image that has surfaced on social media shows there will not be too many major changes to the design of the SUV earlier showcased during the Auto Expo last year. It gets round-shaped LED headlights with LED DRLs, a redesigned grille and front bumper, turn indicators placed over front fenders, a long snorkel to enable smooth water-wading experience and a functional roof carrier.

Among other design elements which will be seen on the 2021 Force Gurkha SUV are a new set of taillights, newly designed wheels and a tailgate-mounted spare wheel.

Force Motors is expected to offer Gurkha SUV in two variants, one with three doors and the other with five doors. On the inside, Gurkha might offer seating for four or six passengers, including the driver. The SUV may get captain seats for the second row and side-facing jump seats at the rear.

The cabin of the new generation Force Gurkha is likely to get an all-black theme. Expect a lot of hard plastics all around which will be used to make it more dust and water resistant for off-roading. Gurkha is also likely to get a new touchscreen infotainment system and a three-spoke steering wheel.

2021 Gurkha SUV is expected to be launched at a price point ranging between ₹10 lakh and ₹12 lakh (ex-showroom). The new Force Gurkha will take on Mahindra Thar when launched, which has had a relatively free run so far. The niche segment may also see a three-way contest soon when Maruti Suzuki decides to bring in the much-awaited Jimny SUV to India.