The new Yamaha R15 V4.0 is expected to be launched in India later this year.The new-gen R15 will continue to feature the Deltabox frame and for the first time, it will come suspended on premium USD front forks.
By : HT Auto Desk
| Updated on: 31 Jul 2021, 11:48 AM The Yamaha R15 will continue to rival the likes of the sportsbikes such as the KTM RC 125 and Suzuki Gixxer SF.

Yamaha is gearing up for yet another update to the much popular YZF-R15 motorcycle. The sportsbike was previously given a generation update a few years back and the upcoming model will carry forward the tradition with new changes. It will be a new-gen R15 V4.0 featuring some rather heavy modifications to the exterior body, engine and features.

The upcoming model has now been spotted in detailed images, throwing light on the front fascia of the sportsbike. The new images reveal the bike's updated R7-inspired from headlamp housing a projector light. The angular, sharp layout of the front has been borrowed from its middle-weight cousin with LED DRLs flanking the main projector lamp. 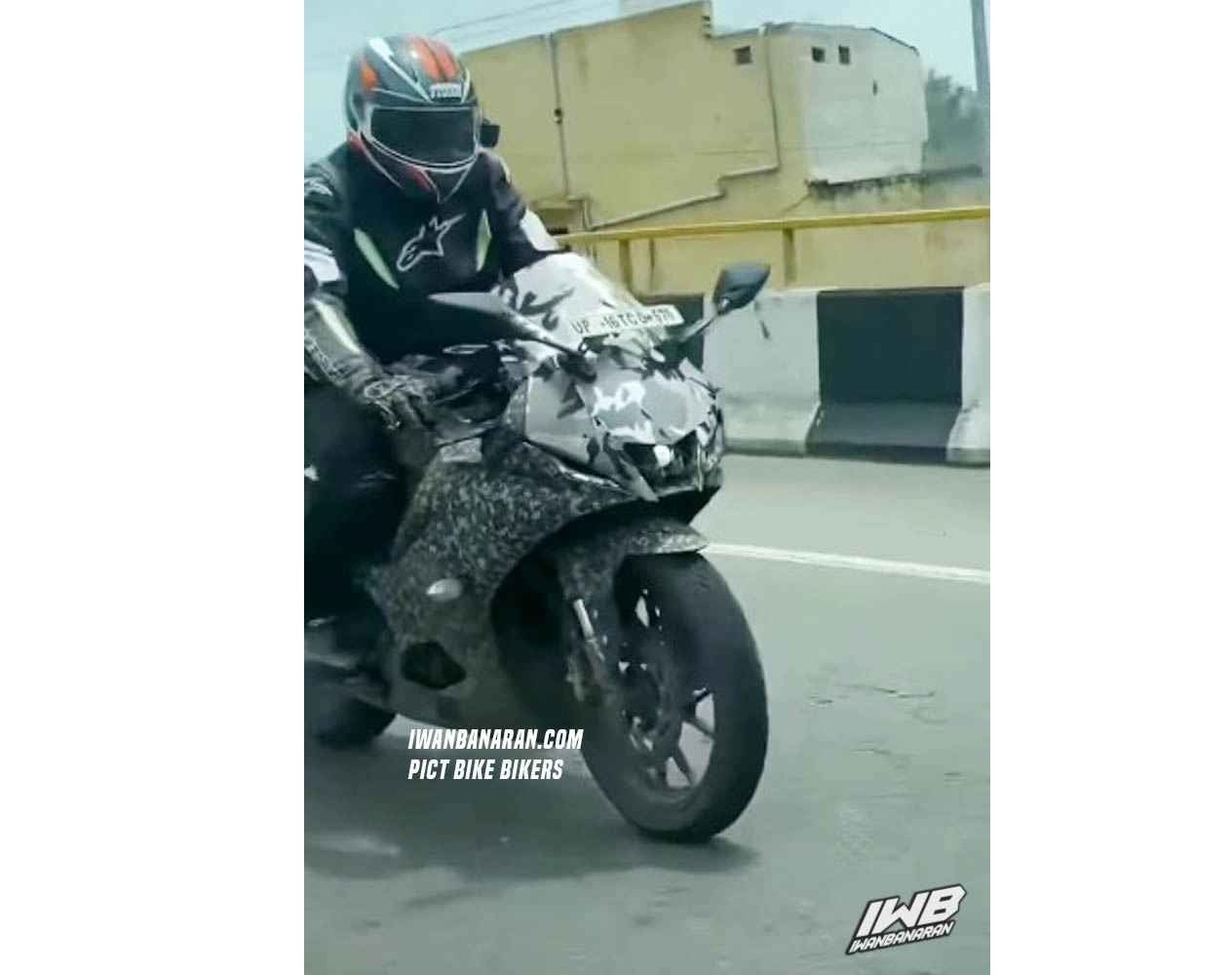 The new bike will continue to feature the tested Deltabox frame which gives the R15 dynamic handling abilities. (Instagram/iwanbanaranblog)

While the front fascia will go through a major design makeover, the rear section may not carry such big changes. In terms of mechanical tweaks, expect minor internal changes to the powertrain as well as the features kit.

Though the bike can be seen smartly hidden underneath camouflage, significant changes to the side body panels could also be highlighted easily. The spy images also reveal details like USD front forks and a larger front disc brake.

It will continue to feature the tested Deltabox frame which gives the R15 dynamic handling abilities. More details on the same are likely to be made available soon in the future.

The existing model is priced at ₹1,54,600 (ex-showroom, Delhi), but the upcoming bike could be priced at close to ₹1.65 lakh (ex-showroom). The new R15 is expected to be launched in India later this year.

When launched, the bike will continue to rival the likes of the sportsbikes such as the KTM RC 125 and Suzuki Gixxer SF.