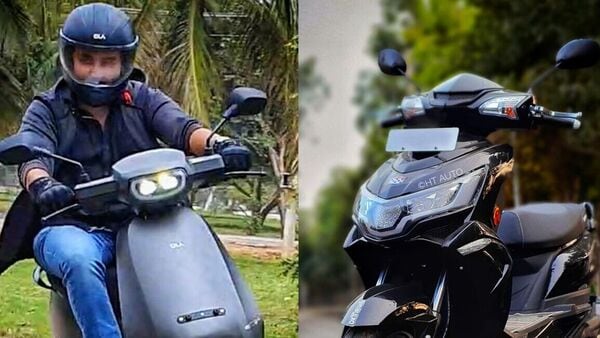 Okinawa Autotech has emerged as India's top electric two-wheeler manufacturer by beating Ola Electric sales in May this year.

Haryana-based electric two-wheeler manufacturer Okinawa Autotech has emerged as India's top EV maker in its segment in May. The brand sold 9,290 units of its electric scooters in India last month as the country saw a drop in overall sales in the segment. Ola Electric, which recently emerged as India's top electric two-wheeler manufacturer, has slipped to the second position. The biggest surprise has been the drop in sales of Hero Electric, which had dominated the segment for some time.

Okinawa Autotech, which recently launched its latest high speed electric scooter Okhi 90, saw its sales drop from 11,011 units to 9,290 units in May. Ola Electric, which has witnessed a sharp rise in sales in the past few months after the launch of S1 and S1 Pro electric scooters in August last year, has also seen drop in sales. From 12,702 units in April, the electric two-wheeler brand's sales has dropped to 9,196 units last month. It is a drop of nearly 30 percent.

Ampere Electric emerged as the surprise number three on the list with 5,819 units in May. In April, the electric two-wheeler manufacturer had sold 6,540 units.

Bengaluru-based Ather Energy saw its best ever sales month in May with record 3,787 units sold last month. Yet, the electric scooter manufacturer could only climb up to number four on the list. In April, Ather had sold 2,450 units.

The biggest surprise has been the decline in sales of Hero Electric, which has ruled the segment for quite some time. In May, Hero Electric could only sell 2,849 units against 6,578 units sold in April this year. Sohinder Gill, CEO at Hero Electric, said, “April was a washout month for us. We could resume production only by 15 May. It took one-and-a-half month to tide over the supply chain issues we were facing. We uprooted and re-laid our production lines, and have now reached a capacity of 200,000 units. We will be back to being the top player in the market next month onwards."