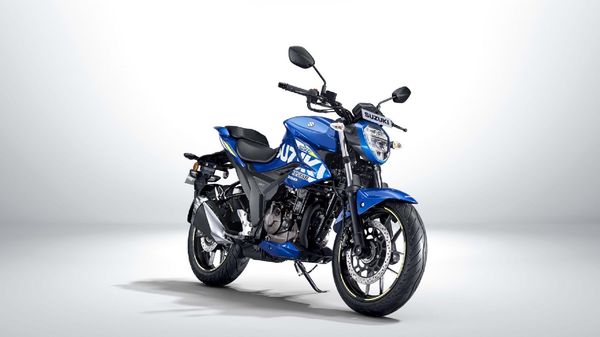 Suzuki Gixxer series is the bestselling model from the brand. (Image: SMIPL)

Japanese two-wheeler major Suzuki Motorcycle India Pvt. Ltd. (SMIPL), the two-wheeler subsidiary of Suzuki Motor Corporation on Monday has announced that it has registered 77,849 units in April 2021, which is claimed to be the brand's highest-ever monthly sales in the Indian market.

Suzuki sold 63,879 units of two-wheelers in the domestic market and exported 13,970 units from the country. As the company claims, SMIPL has registered an 18% increase in sales as compared to April 2019.

Speaking about the sales performance of the Japanese two-wheeler brand, Koichiro Hirao, Managing Director, Suzuki Motorcycle India Pvt Ltd. said that the company has posted 12% growth in the domestic market and 57.5% growth in its export volumes in April 2021, as compared to the same month in 2019.

"It is very satisfying that despite all the challenges associated with the second surge of Covid-19 Pandemic in the month of April, we have posted of 12% growth in domestic and an exceptional 57.5% growth in our exports volumes vis-à-vis same month in 2019," Hirao added.

He also revealed that the third-generation version of the Suzuki Hayabusa, the company's flagship sports bike has garnered 101 bookings within the first two days after the booking was opened. "The first month of the new financial year was also of a very special significance for Suzuki Motorcycle India as we launched the much awaited, third generation version of our flagship sports bike, the all-new Hayabusa," he said.

The Indian two-wheeler market witnessed a slump in sales like the rest of the segments of the country's automobile market in 2020, due to the lockdown and the economic crisis induced by the Covid-19 pandemic. However, during the unlock phase, the two-wheeler segment was the fastest to witness a recovery majorly attributed to the increased preference towards personal mobility, affordability to own a two-wheeler as compared to the passenger vehicles, along with the pent-up demand.