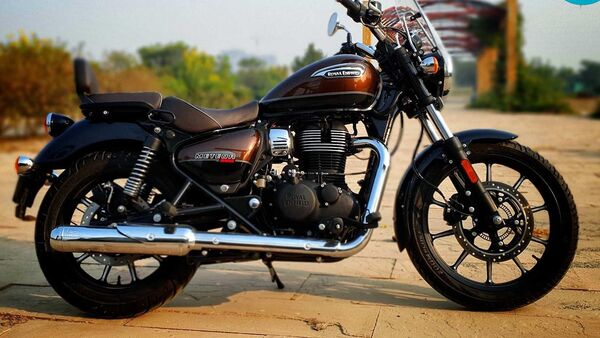 Royal Enfield has announced a price hike on some of its popular models such as the Classic 350 retro roadster and the 650cc twins. These models have become only slightly costlier.

Launched last year in September, the Classic 350 was originally priced starting at ₹1.84 lakh. Later, the bike received a price hike which pushed the starting cost to ₹1.87 lakh, and now with the latest price increment, the entry-level Redditch version’s price now starts at ₹1.90 lakh. The top-of-the-line variant now costs ₹2.21 lakh, which is close to ₹6,000 higher than the original launch price.

Coming on the higher placed 650 Twins -  the Interceptor 650 and Continental GT 650 – both have also become a tad costlier. The latest hike is just under ₹3,000 (in terms of entry-level variants), however, the higher placed variants are now costlier by up to ₹5,000. Due to the latest price revision, the Royal Enfield Interceptor now ranges between ₹2.88 lakh-3.15 lakh, and the Continental GT 650 is placed between ₹3.06 lakh-3.32 lakh.

Apart from the latest price hike, no other change has been introduced on the bike.

While the company hasn't communicated any official reason for the latest price hike, it is most likely to offset the higher input costs and also the semiconductor shortage, which, in turn, has also significantly affected the input costs. Recently, the company has also rejigged the features of the Meteor 350 and the Himlayan bikes. The Tripper navigation pod is now only available as an optional accessory on these bikes.