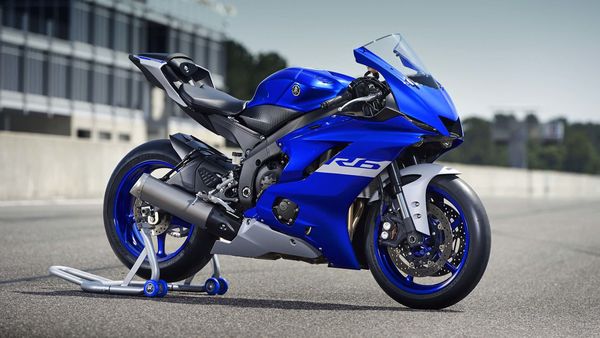 Yamaha Motor Europe has rolled out a teaser video hinting that the rumoured Yamaha YZF-R7 supersport debut could be just around the corner. The teaser video shows a glimpse of a racetrack and public roads, suggesting that the upcoming bike could sport friendlier riding ergonomics than the discontinued YZF-R6.

The new R-series supersport motorcycle from Yamaha could be used to fill in the gap left by the departure of the famed YZF-R6 that still has a cult following especially in the markets such as Europe and the US. Recent documents filed with the California Air Resources Board (CARB) hinted at the name YZF-R7, but concrete details are likely to break out sooner than later.

For the uninitiated, the leaked documents also pointed towards two different variants which could be launched at different prices. These variants might differ in terms of equipment and features set.

While the deeper details are scarce at the moment, previous reports point out the use of MT-07 platform for the new YZF-R7. If reports are anything to go by, the upcoming YZF-R7 could feature a tuned 689 cc parallel-twin motor instead of an inline-four setup on the YZF-R6. The engine currently delivers 72.4 bhp of maximum power at 8,750rpm and 67 Nm of peak torque at 6,500rpm. The transmission will be a six-speed setup.

Being based on a slightly more humble setup, the bike is likely to carry a more competitive tag against the YZF-R6. It is unlikely to reach the Indian shores anytime soon after its global debut.