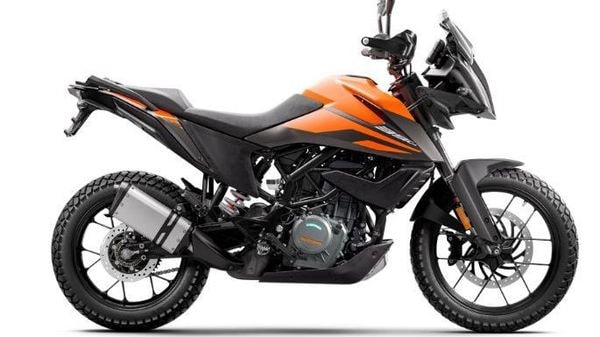 In one of the most eagerly-awaited unveiling of the year, KTM 390 Adventure was showcased recently at the India Bike Week 2019 being held in Goa. While the bike shares its 373 cc, single-cylinder engine with the KTM 390 Duke, it is a touring version of the 390 Duke which has more adventure credentials working for it.

The KTM 390 Adventure has been one of the most anticipated bikes of the year and while it has the same specifications and output as the KTM 390 Duke - 43 bhp at 9,000 rpm and 37 Nm of peak torque at 7,000 rpm, it manages to carve a niche for itself courtesy its ability to tackle more adventurous demands of the rider. Therefore, the suspension has been reworked to better handle rough terrain traction control switch comes as standard.

The KTM 390 Adventure comes with a six-speed transmission and a TFT display while it has a fuel capavity of 14.5 litres. It stands on 19-inch front wheel and 17-inch wheel at the rear and has a ground clearance of 200 mm.

The price of KTM 390 Adventure is not yet known and the company is likely to officially launch it in January of 2020.