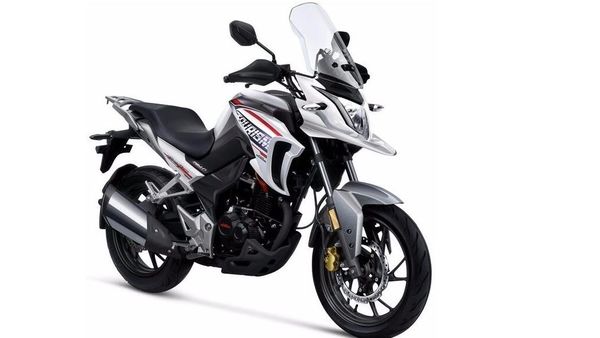 Honda Motorcycle and Scooter India (HMSI) will launch the new Hornet 2.0-based ADV on August 19. While the official nameplate of the new ADV is yet to be confirmed, reports say that it will be named 'NX200'.

The company has now rolled out yet another teaser of its upcoming ADV that will be targeted at a customer base looking for an entry-level adventure offering in the country.

The new teaser unfolds fresh details on the upcoming ADV. The latest short clip confirms that the motorcycle will sport handguard mounted front LED DRLs. In addition that, there will be alloy wheels doing duty on the Honda's ADV. A Hornet2.0 inspired saree guard can also be found on the motorcycle.

As been reported in the past, expect the motorcycle to come based on Hornet 2.0's engine and platform. A 184cc, single-cylinder, air-cooled engine will be seen inside the motorcycle that develops 17 hp of power, backed by 16 Nm of torque. The transmission option on the motorcycle will include a 5-speed gearbox.

Other key features on the motorcycle include a mid-sized black-tinted windscreen on its Hornet-inspired front headlamp, rugged-looking knuckle guards, wide handlebar, and LED lighting all around. It may also feature Upside-Down front forks and a single mono-shock unit at the rear.

It will not have any direct rival in the entry ADV motorcycle space and will cost somewhere around ₹1.60 - ₹1.65 lakh (ex-showroom). At this price, the bike will come out to be costlier than the Hero Xpulse 200 range, but more affordable than the Royal Enfield Himalayan motorcycle.

More details on the upcoming Honda will roll out on the day of its launch - August 19th.