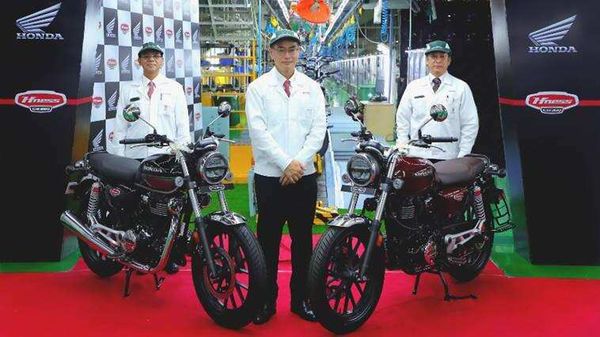 Honda is looking at making a solid mark in the lucrative 350cc motorcycle segment in the country.

Honda Motorcycle & Scooter India on Monday announced the commencement of dispatches of its H’ness CB350 which was officially revealed for the first time in September. With an eye out on challenging the might of Royal Enfield in the 350ccc motorcycle category, Honda is pulling all plugs with the H’ness CB350.

The company informed that a special line-off ceremony was held to mark the commencement of dispatches of H’ness CB350 at its plant in Haryana's Manesar. Pronounced 'Highness', the bike is the third BS 6 model in its BigWing portfolio in the country.

H’ness CB350 is available in six colours across two variants - DLX and DLX Pro, and has been priced at ₹1.85 lakh (ex showroom, Gurugram).