GK350 features the same neo-retro styling with circular headlamp, LED DRL and long radiator shrouds as found on Honda CB300R.The Shengshi GK300 is unlikely to arrive in the Indian market anytime soon.
By : HT Auto Desk
| Updated on: 31 Dec 2021, 09:51 AM 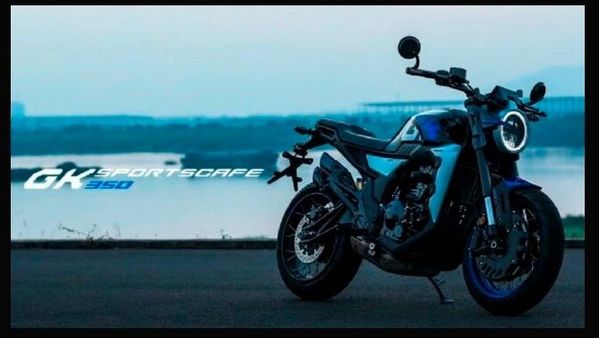 The Shengshi GK300 is unlikely to arrive in the Indian market anytime soon.

It is fairly common to see certain Chinese automobile companies copying model designs of some other more popular brands around the globe and launching them as their own. Now Shengshi, a China-based two-wheeler company has introduced the new GK350 in its home market. The newly launched street bike from China appears to have taken its body design inspiration from the popular Honda CB300R. The latter is also sold in the Indian market and was recently showcased at the IBW 2021.

On the outside, GK350 features the same neo-retro styling with circular headlamp, LED DRL and long radiator shrouds. That said, even the fuel tank, exposed frame, and stubby tail reminds of the Honda. On the other hand, the chopped side-mounted dual exhaust pipes take inspiration from the MV Agusta Brutale 800.

At the heart of the Shengshi GK300 sits a 350cc, single-cylinder, liquid-cooled engine which has been rated to produce an impressive 39bhp of maximum power and 32.8Nm of peak torque. Needless to say, at these figures, the Shengshi GK300 comes out as an even more powerful motorcycle than the Honda CB300R itself.

Coming down to features, it gets a full-LED lighting setup, a Bluetooth-enabled console, a keyless start system, and a tyre pressure monitoring system which is generally only found in high-end bikes.

The Shengshi GK300 is unlikely to arrive in the Indian market anytime soon, as far as the launch of the original CB300R is concerned, expect Honda to announce its pricing sometime in January.