Hero MotoCorp sees nearly three-fold jump in sales in May

Compared to May last year, Hero MotoCorp's sales have gone up last month with more than 4.85 lakh units sold. It is also higher compared to the April sales figures this year.
By : HT Auto Desk
| Updated on: 02 Jun 2022, 12:05 PM 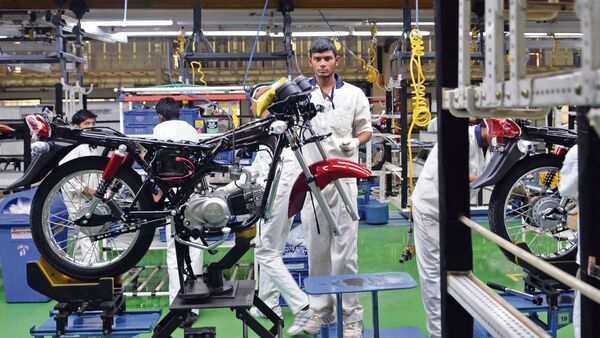 Hero MotoCorp, India's largest two-wheeler manufacturer, has seen its sales rise significantly in May, compared to a very dull period during the same month last year due to Covid-19 pandemic. Hero MotoCorp has seen a massive rise, almost three-fold, in sales last month compared to May in 2021. The two-wheeler manufacturer said that it sold 4,86,704 units last month, several notches higher than 1,83,044 units 12 months ago.

The jump in sales is significant, though one has to consider the lull auto industry faced during the second lockdown in May last year. Yet, Hero's rise in sales is still healthy considering a 15 percent spike compared to what it sold in April this year when its dispatched 4,18,622 units. In all, Hero sold 4,66,466 units in India last month, while the rest were exported.

The rise in Hero MotoCorp's sales comes at a time when all manufacturers are facing the brunt of supply chain issues and the ongoing chip crisis. Hero MotoCorp hopes that, despite the challenges, it will continue with the positive trends in coming month as well. The two-wheeler manufacturer is also gearing up to launch its new electric vehicle wing called Vida. The first product from Hero's EV arm is expected to be unveiled next month, and likely to launch closer to the festive season.

Despite a rise in sales, Hero MotoCorp is wary about rising costs which may impact sales in coming days. One of the key reasons, it feels, could be the increase in third-party insurance rates. "It is not usual to have insurance paid for 3-5 yrs instead of annual renewals, as is generally the case in many countries. The industry seeks government intervention and support in this regard," Vikram Kasbekar, Executive Director at Hero MotoCorp, said.

"The ongoing geopolitical situation has resulted in enormous supply chain issues and shortage of various components, including semiconductors. Keeping customers as the top-most priority, we, therefore, feel it would be prudent to unveil the first EV product around the upcoming festive period instead of July as earlier announced," he added.